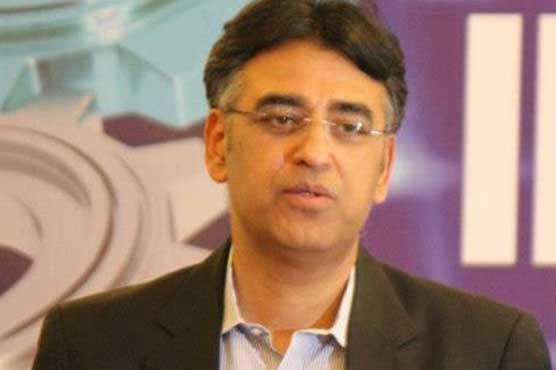 ISLAMABAD: Unlike the previous government’s economic team which remained Lahore-centric, the new team formed by Pakistan Tehrik-e-Insaf (PTI) and headed by Finance Minister Asad Umar will primarily be from Karachi.

Apart from the finance minister, Advisor to Prime Minister on Commerce, Textile, Industry and Production and Investment Abdul Razzaq Dawood, Adviser to PM on Institutional Reforms and Austerity, Dr Ishrat Husain, the appointments of heads in key financial institutions are also expected to be from Karachi, the economic hub of the country, sources informed Pakistan Today.

“These prominent figures in the business sector may suggest the names for important positions of Chairman Federal Board of Revenue (FBR), Governor State Bank of Pakistan (SBP), Chairman Securities and Exchange Commission of Pakistan (SECP), President National Bank of Pakistan (NBP) and other institutions as the new government will be replacing the existing heads appointed by former government of PML-N,” insiders said adding that a former office bearer of Engro, where Asad Umar served as Chief Executive Officer, is likely to be appointed head of FBR.

As per an economist, though the economic team guided by these prominent businessmen may perform well, however, it should be more careful as some of them also have a negative reputation in the business sector. Besides, being associated with their personal businesses, there should not be a conflict of interest in the affairs of public sector financial institutions.

“Asad Umar probably wants his trusted advisers in the corporate world to be part the economic team and its supporters. He has apparently realised the fact that currency stabilisation is not possible without the help and cooperation of these business tycoons. Businessmen like Aqeel Karim Dhedhi and Arif Habib would be interested in their influence in affairs of SECP,” said a renowned economist on terms of anonymity, adding that the finance ministry will also be in need of support from brokerage houses owned by these people for marketing the already planned diaspora bonds.

Previously, governments have been consulting the Federation of Pakistan Chambers of Commerce and Industry (FPCCI), other chambers of commerce, and trade associations etc to form economic policies, but this time, the Pakistan Business Council (PBC), a business policy advocacy platform established in 2005 by 14 of Pakistan’s (now 68) largest private-sector businesses/conglomerates, including multinationals, is likely to be more influential in policy-making, sources claimed. As compared to FPCCI and others chambers, PBC is considered as a more serious, focused and effective forum to consult for making policy and regulations.

PBC has recently sent a letter to Finance Minister Asad Umar, suggesting him take 20 major initiatives to improve the economic situation of the country. It stressed on the new minister, a former chairman of PBC, to unite the country behind a focused ‘Make in Pakistan’ drive in order to improve the economy. The PBC has also advised Umar to go for a well-structured programme of the International Monetary Fund (IMF) over short-term measures to tie over the crisis. Otherwise, it urged to bring in a much-needed sense of discipline and rigour to public economic management.