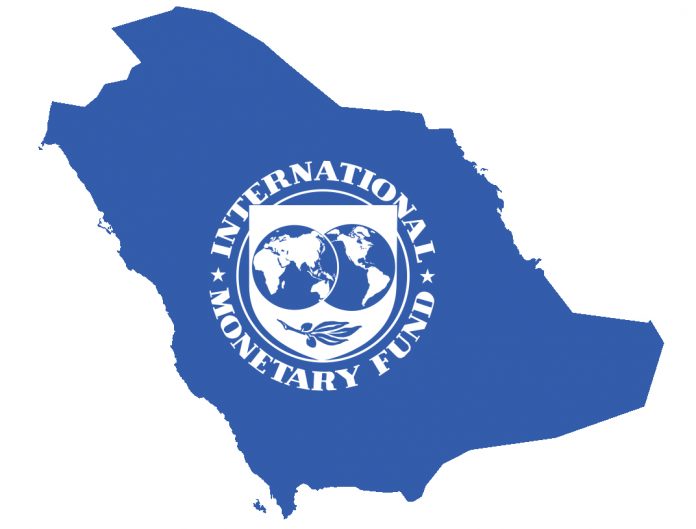 WASHINGTON: The IMF on Friday warned Saudi Arabia against boosting spending in the wake of rising oil prices, urging the world’s top crude exporter to also contain its wage bill. The International Monetary Fund said in a report that a rise in spending would expose the Saudi budget if there was an unexpected drop in oil prices.

The report emphasized “the importance of ensuring that spending remains at a sustainable level in different oil price environments” and the need to avoid a fiscal policy that would create undue volatility in economic activity. Oil prices have rebounded strongly after major producers decided to cut output in late 2016. In June, they decided to raise production again.

Saudi revenues jumped 67 percent in the second quarter of 2018, mainly due to a sharp rise in oil income. In the same period, public spending surged 34 percent, according to government figures. Around half of the state spending goes on the public wage bill, according to the IMF which suggested: “the workforce could be gradually reduced through natural attrition”.

Saudi authorities told the IMF that the civil service system is under revision with the help of the World Bank. Unemployment among Saudi citizens is a high 12.8 percent, rising to 31 percent among women. The country’s key challenge is to create around 500,000 jobs for its citizens over the next five years, the IMF said while stressing the need for more posts within the private sector.

As many as 1.4 million new jobs could be needed if female participation in the labour market rises by just one percentage point a year until 2023, the report said. The IMF praised the outcome of Riyadh’s reform programme that included cutting subsidies, raising fuel and power prices and imposing taxes.

“Higher oil prices should not slow the reform momentum,” the report said, stressing that “continued commitment to implementing wide-ranging reforms will help achieve the fiscal objectives and promote non-oil growth.” Last month, the IMF raised Saudi Arabia’s growth forecast to 1.9 percent for this year and the next. The Saudi economy contracted by 0.9 percent last year, for the first time since 2009, due to the collapse in oil prices.

Riyadh’s budget deficit is expected to continue to narrow from 9.3 percent of GDP last year to 4.6 percent in 2018 and to as low as 1.7 percent next year, the IMF said. Saudi Arabia has posted a budget deficit for the past four consecutive years, totalling $260 billion.