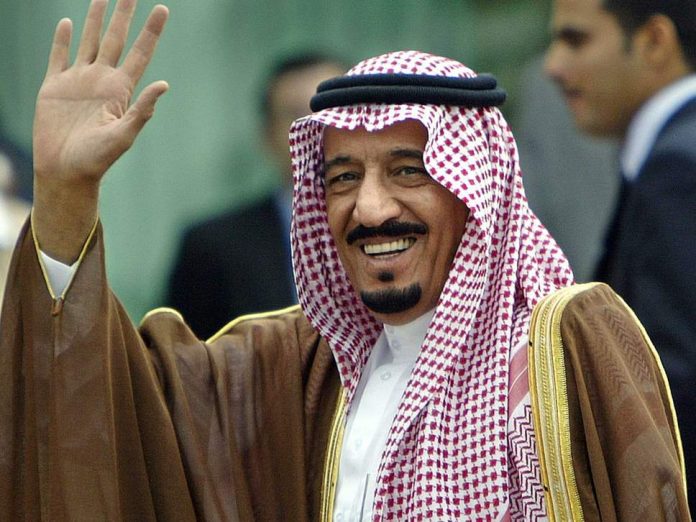 LONDON: The king spoke, and a $2 trillion dream went up in smoke. For the past two years, Saudi Arabia has prepared to place up to 5 per cent of its national oil company on the stock market. Officials talked up the Saudi Aramco initial public offering (IPO) with international exchanges, global banks and US President Donald Trump.

The planned listing was to be the cornerstone of the kingdom’s promised economic overhaul and, at a targeted $100 billion, the biggest IPO ever. It was the brainchild of 32-year-old Crown Prince Mohammed bin Salman, heir apparent of the world’s largest oil exporter.

But after months of setbacks, the international and domestic legs of the IPO were pulled.

The reason: the prince’s father King Salman stepped in to shelve it, three sources with ties to government insiders told Reuters.

The decision came after the king met with family members, bankers, and senior oil executives, including a former Aramco CEO, said one of the sources, who requested anonymity. Those consultations took place during Ramadan, which ended in the middle of June.

The king’s interlocutors told him that the IPO, far from helping the kingdom, would undermine it. Their main concern was that an IPO would bring full public disclosure of Aramco’s financial details, the sources said.

In late June, the king sent a message to his diwan, or administrative office, demanding that the IPO be called off, the three sources said. The king’s decision is final, a second source said.

“Whenever he says ‘no’, there is no budging,” the source said.

After Reuters reported last week that the deal had been shelved, Energy Minister Khalid al-Falih said the government was committed to conducting the IPO at an unspecified date in the future.

A senior Saudi official referred Reuters to that statement and repeated that the government, Aramco’s shareholder, was working toward an IPO when conditions were right.

“We are surprised that despite this statement, that the Government continues actively to plan for the IPO, Reuters persists in asking questions alleging that plans are halted.”

“Aramco’s shareholder is the Government of Saudi Arabia. His majesty, King Salman, has delegated management of the IPO to His Royal Highness the Crown Prince, and a Committee which includes the Ministers for Energy, Finance and Economy. Therefore, decisions around the nature and timing of the IPO, will be decided by the Committee for the Government’s approval,” the official said.

In a country ruled for decades by the Al Saud dynasty, it is not surprising that the king ultimately decides. But the shelving of the Aramco IPO is a major blow to the prince’s Vision 2030 reform program, which aims to fundamentally transform Saudi Arabia’s oil-dependent, state-driven economy.

It suggests the king is keeping the new unilateral power of the young prince – accrued soon after his father’s accession to the throne in January 2015 – in check.

It also raises doubts about Riyadh’s management of the IPO process and commitment to making the economy more transparent, some investors say.

Google employees from across the globe are forming a union alliance, weeks after more than 200 workers at the search engine giant and other...
Read more
GOVERNANCE

January 25, 2021
ISLAMABAD: Foreign Minister Shah Mahmood Qureshi has said that in line with directives of Prime Minister Imran Khan, the government is determined to establish...