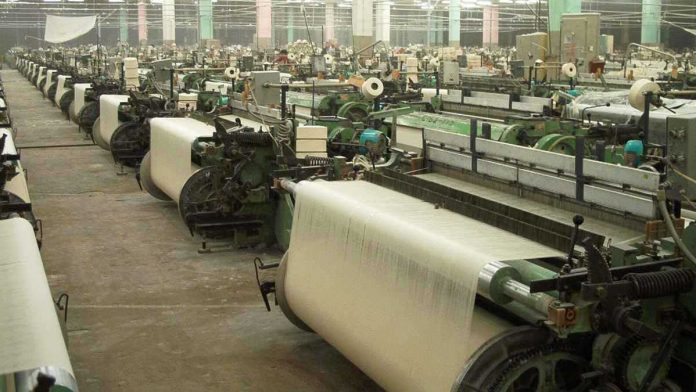 ISLAMABAD: The large-scale manufacturing industries (LSMI) of the country has witnessed a growth of 0.50 per cent during the first month of the current fiscal year (July) as compared to the corresponding period of last year.

The country’s LSMI Quantum Index Numbers (QIM) was recorded at 135.42 points during July against 134.74 points in July 2017, showing a growth of 0.50 per cent, according to the latest data of Pakistan Bureau of Statistics (PBS).

On a month-on-month (MoM) basis, the industrial growth increased by 6.99 per cent in July 2018 when compared to June 2018, the PBS data revealed.

Meanwhile, the major sectors that showed growth during July this year over last year included food, beverages and tobacco 3.24 per cent, coke and petroleum products 6.14 per cent, non-metallic mineral products 0.53 per cent, automobiles 9.75 per cent, electronics 11.74 per cent,

On the other hand, the LSMI that witnessed negative growth included textile by 0.5 per cent, pharmaceuticals 10.80 per cent, chemicals 2.44 per cent, iron and steel products 2.77 per cent, fertilizers 6.81 per cent and wood products 55.64 per cent.

The provisional QIM was being computed on the basis of the latest production data of 112 items received from sources including OCAC, Ministry of Industries and Production (MoIP) and Provincial Bureaus of Statistics (PBoS). OCAC provided data on 11 items, MoIP of 36 items while PBoS provided data on remaining 65 items.