US ports fear big loses in trade war with China 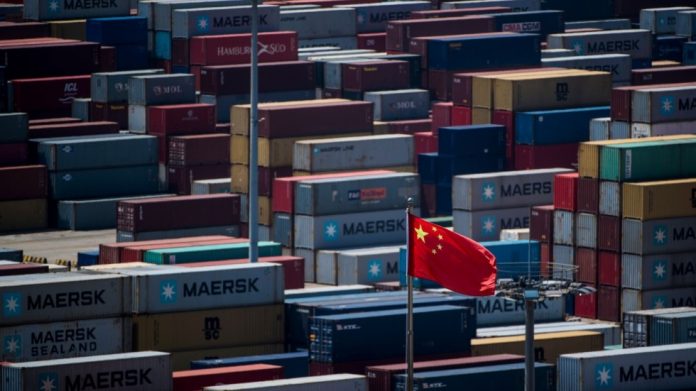 NEW YORK: America’s ports are fearful that they will be big losers as the escalating trade fight between Washington and Beijing bites into business.

The anxiety is that tit-for-tat tariffs between the two economic superpowers will crimp shipments, denting port revenues.

Kurt Nagle, head of the American Association of Port Authorities, called the state of play “concerning”, following the latest back-and-forth this week between the United States and China.

“The total amount of tariffs and international retaliation affect 10 per cent of the total trade in American ports,” or about $160 billion in revenues, Nagle said.

The various trade wars thus far have had a mixed effect, with some ports seeing sharp declines in some products, even as others report a surge in activity intended to beat the new levies.

The mammoth US economy is sustained by about 100 ports around the country that manage the flow of goods inward and outbound at points of embarkation along the Pacific and Atlantic Oceans, the Gulf of Mexico and the Great Lakes.

In the first six months of 2018, the port of New Orleans saw a drop of 350,000 tonnes of steel compared with the year-ago period, a big hit for a flagship product that is used in a petroleum-focused region.

“It represents between three and five million dollars,” said Robert Landry, vice president of the Port of New Orleans. “For us it’s very big.”

Major sources of the steel include Turkey, China and South Korea. All but South Korea were affected by a 25 per cent tariff on steel imposed by US President Donald Trump this spring.

The New Orleans port also suffered a 10 per cent drop in aluminum imports, which was also included in the same tariff action, while retaliatory Chinese tariffs on poultry have hit those exports.

Meanwhile, with new tariffs looming in the US-China standoff, the Port of Los Angeles has seen a surge in some products.

“In May, June and July, cargo owners tried to beat the volumes,” said Phillip Sanfield, a spokesman for the port, for which China is a key market, accounting last year for about half its trade in total value. But the acceleration earlier this year may not last after the United States this week announced tariffs on $200 billion worth of Chinese goods, a move quickly followed by the Chinese rebuttal to impose levies on $60 billion in US goods.

Trade war fears are also a source of unease for port workers, particularly in areas like southern California where the ports of Los Angeles and Long Beach account for one in nine jobs. There are about three million port workers nationwide. But that angst extends to other regions.

The trade war has also worried the maritime shipping industry, which deals in $4.6 trillion worth of goods annually, employs 23 million people and pays $320 billion in taxes each year, according to the AAPA.

Landry of the New Orleans port said he was “optimistic” of an eventual solution.

“I just don’t know how long it’s gonna take,” he said. “We can probably take another six months, but at some point, it’s going to be very hard to face the situation.”