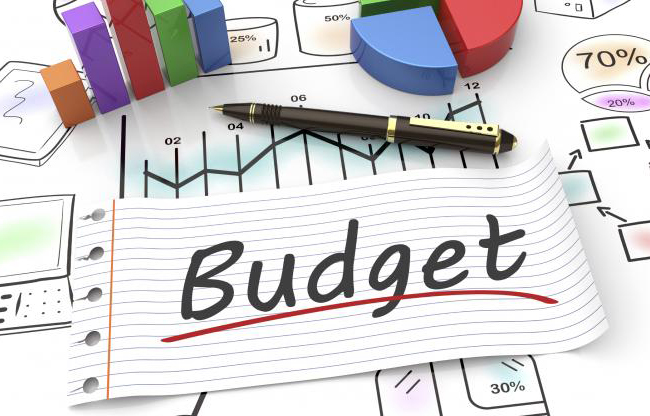 Never judge a book by its cover, nor a finance minister by their first budget. At least that is what justice would demand. But we cannot help ourselves. Try as we might, we cannot but find ourselves be disappointed in the ‘mini-budget’ put together by the Imran Khan Administration.

One might argue, not unreasonably, that we are being unfair towards the Pakistan Tehrik-e-Insaf (PTI) led government in general and Finance Minister Asad Umar in particular. After all, they have not yet had a full two months on the job. There was not nearly enough time to redraft the budget completely. How else could they possibly have done any better?

Those are all fair arguments and we will fully acknowledge that at least some of the criticisms of the PTI and Asad Umar have been unfair. But we keep coming back to one point in our heads: had the PTI not been elected, had Asad Umar not become the finance minister, had there been no elected finance minister at all, had the finance ministry civil servants been asked to draft the budget entirely on their own, they would have drafted the exact same budget.

The same tired old ideas about how to balance the budget – raise taxes on the already taxed, bring back tariffs to curb imports, and slash development spending – are seen time and again in this mini-budget, which the finance minister announced earlier this month.

In the cover story for this week’s edition, we lay out how the government is potentially squandering an opportunity to fix the energy sector’s crises. In this article, we lay out the origins of the fiscal policies that the minister announced in his mini-budget speech to Parliament earlier this month and how they are a reflection of the priorities of the civil service, not the PTI.

Raising taxes on the already taxed: the FBR’s favourite trick

The Federal Board of Revenue (FBR) has precisely zero fiscal or tax economists on its staff, which means that any calculations they do on the impact of the government’s tax policies are essentially – and sometimes literally – back-of-the-envelope calculations. The FBR is a congenitally lazy organisation, filled with a staff that has neither the imagination, nor the intellect, nor the inclination to begin conceiving of solutions to Pakistan’s massive tax evasion problem.

Of course, since they are the country’s largest tax collection authority, they do face pressure to help the government achieve its fiscal goals. And so they have devised a series of tricks that make it look to the government like they are about to solve the problem, but are really just short-term revenue-generating short-cuts that do nothing to solve the structural issues.

See, in order to actually solve the tax collection problem, the FBR would have to analyse the economy, use a myriad of data sources to figure out who is not paying their taxes, and then do the hard work of auditing and prosecuting those who fail to comply with their tax notices. That also has the consequence of potentially damaging relationships with individuals and businesses that currently bribe senior FBR officials for favours. Few FBR officials would want to disturb that gravy train, and so very few try any substantive reforms at all.

What they do instead is figure out how much revenue they are collecting from existing sources and see which ones they have room to tinker with the rates. Their favourites are the withholding taxes, which the government technically counts as income taxes, but are really levied like sales taxes.

Playing around with the withholding tax rates on banking transactions and mobile phone service are among their favourites. After the Supreme Court’s intervention earlier this year, changing the rates on mobile services is no longer an option, and so the FBR decided to put their eggs in the basket of charging higher withholding taxes on banking transactions. The rates started off at 0.1% several years ago, and in this year’s mini-budget have risen to 0.6% of the value of transactions above Rs25,000.

In its last budget, the Nawaz Administration had tried to reverse decades of the policy of taxing sectors that are already heavily taxed by seeking to reduce income taxes on the salaried class. While the Imran Khan Administration has kept at least some of those reforms, those earning more than Rs200,000 a month will see their taxes go up from where they were in July of this year.

Tariffs on imports: a sop to the customs department

To understand the origins of this policy, one needs to understand the structure of the tax collecting bureaucracy. The FBR is staffed by three separate groups of the Civil Superior Services: the Income Tax group, the Customs group, and the Excise group.

Each of those has a tax to its name, though the power of those groups has varied significantly over the years. For most of Pakistan’s existence, the Customs and Excise groups had the most power since they brought in the most revenue. Income Tax was the least powerful among the tax collecting groups. The sales tax was such a small portion of total taxes that it did not even have its own group.

That equation, of course, has now completely flipped. The income tax and the sales tax are the two most important taxes for the government, together accounting for upwards of 80% of total government revenues, with excise duties and customs duties accounting for a much smaller share than they once did (each peaked at about 40% of government revenue back in the 1960s).

There is still an older generation of FBR officers, however, who are upset about this turn of events, and would like to turn back the clock as much as possible. And since hardly anybody in the civil service is particularly committed to the principles of free trade, introducing trade tariffs in the form of customs duties is a highly popular way of raising revenue.

It also has the added ‘benefit’ of supposedly decreasing the trade deficit, though considering the fact that this technique has been tried multiple times over the past decade and a half and the trade deficit has not gone down even once during that period suggests that maybe the stated reason for this policy does not actually work.

Slashing the development budget: an easy life for the Finance Ministry

This one is a little trickier to explain. It is not as though the finance ministry has anything against the development budget. In fact, under certain circumstances, finance ministry officials can actually supplement their income by becoming supervisors of key development projects, particularly if they are funded by Western or Japanese donor agencies.

But when it comes to the hierarchy of government expenses, it is abundantly clear that development expenditures – the amount of money the government spends in building new roads, schools, hospitals, and infrastructure – does not actually matter much to the civil servants in charge of spending it. It is astounding how creative the finance ministry staff can be in terms of finding ways to cut the development budget (they can always find ways to cut exactly as much as you need and even more if necessary), but somehow have no ideas on how to reduce the annual bailouts to the badly run state-owned companies. 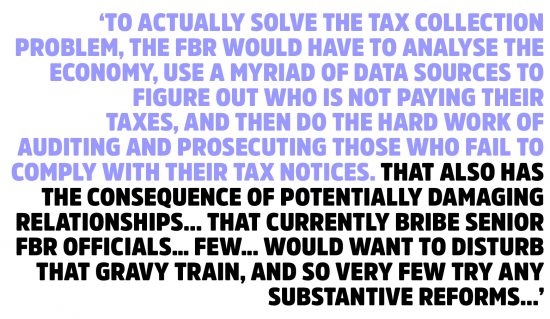 The reason, once one understands how the civil service works, is simple enough: reducing those bailouts will eventually mean either privatisation of state-owned enterprises, or at the very least their removal from the control of the civil service. That reduction in power is absolutely unacceptable to the civil service, and so they would rather cut the development budget – and sacrifice the allowances that come with it – rather than do anything about the state-owned companies.

In short, this budget was written to please the civil service, not serve the interests of the people of Pakistan. What is astounding is why the minister decided to go along with it, after making so much of a show of wanting to wade deep into understanding the numbers underlying the budgetary process. All the minister got out of that effort is a more accurate accounting of the government’s revenues and expenses, and those are numbers that the civil service is always willing to give out at the beginning of an administration, even if they sometimes pretend otherwise.

Oh well, this was the first year, one might say. Next year will be the real test, and that will be when Asad Umar and the PTI’s policy expertise will truly shine through.

Somehow, though, we doubt it. Tax policy is just not the PTI’s strong suit and they have never exhibited an ability to understand or prioritise fiscal economics. This year was bad for a good reason, but we have no indication that next year will be any better. We hope we are proven wrong. The people of Pakistan would be better off for it.