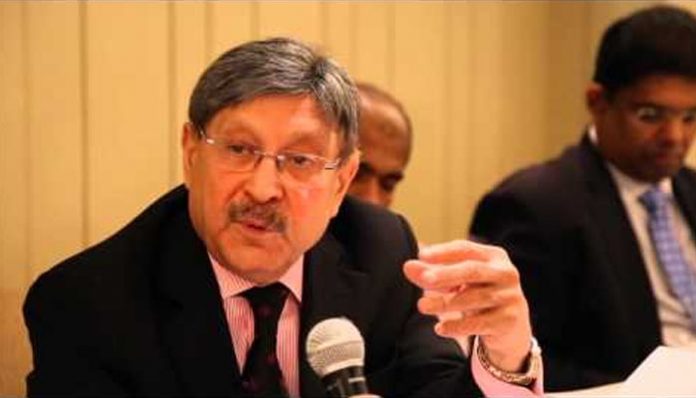 ISLAMABAD: The government on Wednesday faced a setback as the opposition-dominated Senate’s Standing Committee on Finance and Revenue rejected major changes proposed in the supplementary budget.

After the rejection of proposed changes to Customs duty rates for a few industries in the mini-budget of Pakistan Tehreek-e-Insaf (PTI), the Senate panel has now rejected the proposal of collecting additional income tax with retrospective effect from July 2018.

The committee, which held its meeting with Senator Farooq H Naik in the chair, also pended the proposal of removal of the condition of filers with regard to purchase of property, as the State Minister for Revenue Hamad Azhar requested to wait for the amended proposal.

The minister and his team from the Federal Board of Revenue (FBR) could not convince the opposition members in the Senate panel on the two important proposals.

Discussing the proposal related to additional taxes to be collected from July 2018, a representative of the Ministry of Law claimed that the amendments made in the income tax rules were not against the constitution. Referring to various clauses of law and decisions of courts, he said that there was no legal hindrance in making amendments in the income tax slabs.

Justifying the proposed amendments in income tax, MNA Hamad Azhar said that the economic situation deserved such amendments, as FBR was facing over Rs90 billion loses due to the amendments made in income tax by the previous government. “If the proposed changes are not approved, FBR’s tax collection would be reduced drastically,: he added.

Pakistan Muslim League-Nawaz Senators Haroon Akhtar and Musaddiq Malik, however, opposed the collection of tax, saying that people would go to courts against the move which would ultimately affect the existing collection of the FBR. They demanded that additional tax should be collected from the day the president signs the finance bill instead of making it effective from July.

FBR Chairman Dr Jahanzeb Khan and Inland Revenue Policy member Dr Iqbal claimed the income tax is a collection for the whole year, adding that “technically” it should be effective from July 2018.

PTI Senator Mohsin Aziz said that income tax was charged as per the whole income of 12 months and this was why the collection of tax should start from July 2018. However, the committee chairman, after analyzing the legal matters, said since the law and courts’ verdicts make it clear that the parliament has the ultimate authority to amend the rule, the committee members should express their views on the matter.

Opposition members Haroon Akhtar and Musaddiq Malik said since they would prefer public interests, they would oppose the collection of income tax from July.

Later, the chairman conducted a voting process on the subject and the committee opposed it with a majority.

Discussing the proposal of removing the condition of filers for the purchase of properties, Haroon Akhtar claimed that there was a perception in the market that the ruling party was removing the restriction on the pressure of a powerful lobby. “I am unable to understand the logic behind the removal of the condition as it will facilitate the tax avoiders,” he had said.