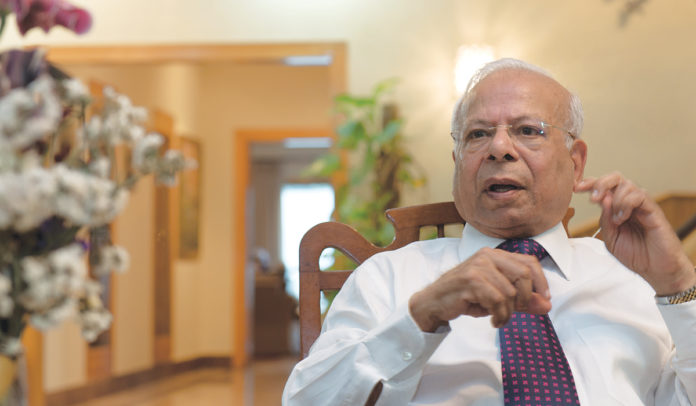 “Defence expenditures take up only three per cent of the gross domestic product (GDP),” Husain said while speaking at the Pakistan Policy Symposium. “Total Rs1.5 trillion out of Rs4.5 trillion we collect goes on debt servicing cost, which is the big elephant. It can only be tackled if we reduce our borrowing, both external and internal.”

Dr Husain said that the government decided to approach the International Monetary Fund (IMF) as the country’s financial gap is wide.”

He further said that the public interest would be considered during the talks with IMF, after which the World Bank and other international institutes would also come forward to help Pakistan.

Speaking about the electricity crisis plaguing the country, the economist said it was under control, but the country was facing issues because of some distribution companies.

“The problem is in the distribution companies. Out of the nine companies, four are causing 75 per cent of the losses,” he claimed. “All the deficit which is being accumulated in circular debt is originating from these four companies. So, they have to find specific solutions either to privatise those by giving their management contracts or bring about new managers.”

Moreover, Dr Husain said a decision has been taken to reform the Federal Board of Revenue on technical grounds so that the money collected in taxes can be increased and those defaulting on payment can be identified.

“In Pakistan, only 3.5 million people pay taxes out of 12 million. We have to increase the Tax-to-GDP ratio,” he added.

It is pertinent to mention that the prime minister had earlier this month tasked Dr Ishrat Hussain to formulate a comprehensive road map with delineated timelines to ensure transformation towards paperless culture in all ministries and departments of the federal government.