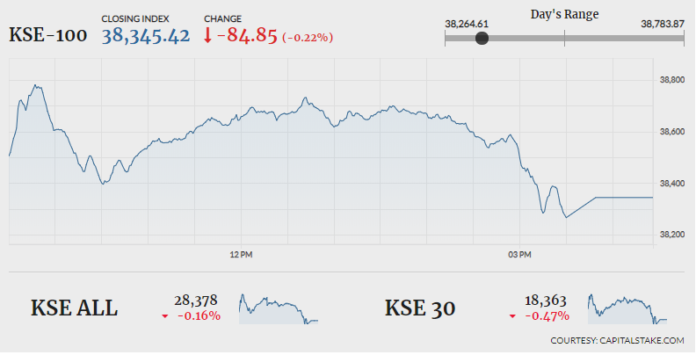 KARACHI: The Pakistan Stock Exchange (PSX) opened the first day of the week on a positive note, following the finance minister’s visit to the exchange on Saturday. However, after initial gains, the market witnessed volatility and dipped into the red, settling the day lower.

Sazgar Engineering Works Limited (SAZEW -0.86 per cent) declared its financial performance for the first quarter of Financial Year 2018-19 (1QFY19). The company’s quarterly sales declined by 9 per cent, whereas the earning per share depreciated from Rs1.74 in the same period last year to Rs1.36 in the current year.

Nishat Power Limited (NPL +2.32 per cent) announced its financial results for 1QFY19. Sales appreciated by 28 per cent QoQ. The earning per share, on the other hand, improved from Rs2.429 in the same period last year to Rs2.779 in the current year. The company’s finance cost spiked up by 21 per cent QoQ, whereas the cost of sales increased by a massive 33 per cent.