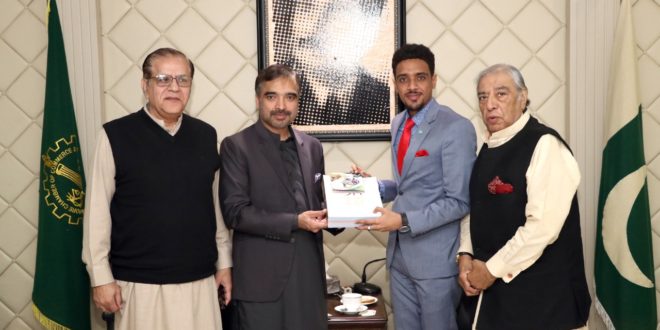 Talking to Lahore Chamber of Commerce and Industry (LCCI) Vice President Fahimur Rehman Saigal on Saturday, he said Pakistan and Somalia have very strong historical relations that must be reflected in mutual trade and economic ties. He emphasised on making the visa procedure uncomplicated and business friendly.

Osman stated, “All segments of the economy in Somalia are open for the Pakistani investors. Exchange of trade delegations can further reinforce the mutual trade and economic relations.”

He also announced the holding of the first-ever ‘Made in Pakistan’ exhibition in Somalia in 2019.

The LCCI vice president said, “Somalia is a member state of the African Union and is also a part of the Organisation of Islamic Countries (OIC). However, the Lahore chamber is promoting an idea that Pakistan must discover the African market for augmenting its exports.”

Fahimur Rehman Saigal noted that bilateral trade between Pakistan and Somalia is following an increasing trend. From 2015 to 2017, he added, the level of bilateral trade has gone up from $31 million to $50 million.

The LCCI president stated, “We have the competence to congregate the demands of Somalia for home appliances, electrical items, motorbikes, articles of apparel and plastics,” adding that the LCCI and Embassy of Somalia shall maintain close liaison with each other so as to augment trade and economic associations.