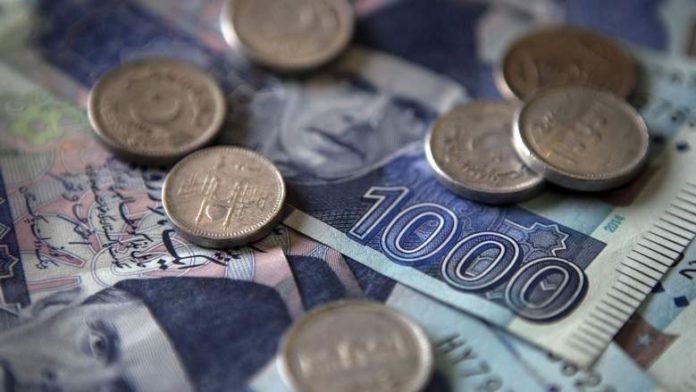 ISLAMABAD: The government’s total expenditures during the first quarter (July-September) of the current fiscal year increased by 11 per cent to Rs1.588 trillion against the expenditures of Rs1.431 trillion during the same period of last year.

“The current expenditures of the government also increased to Rs1.479 trillion in the first three months of Financial Year 2018-19 (FY19) as compared to Rs1.24 trillion during the same period of FY18,” according to the latest data released by the Ministry of Finance. “Out of total expenditures, federal expenses stood at Rs999.25 billion while that of provinces recorded at Rs480.6 billion.”

According to details, during the corresponding period, servicing of domestic debt stood at Rs461.728 billion whereas the servicing of foreign debt was recorded at Rs45.335 billion.

Under the head of superannuation allowances and pensions, an amount of Rs84.75 billion was spent, whereas for grants (other than provinces) Rs53 billion were spent during the first quarter of FY19.

Meanwhile, the data revealed that the country’s budget deficit during the first quarter of current fiscal year stood at Rs541.677 billion or 1.4 per cent of the gross domestic product mainly due to high debt servicing on Pakistan’s local and foreign loans.

The total expenditures under the head of markup payments on foreign and local loans stood at Rs507.06 billion which is even higher than the combined spending of defence and development expenditures.

Total defence expenditures during the first quarter of the current fiscal year stood at Rs219.4 billion whereas that of development expenditures and net lending remained Rs108.94 billion.

The budget deficit during the same period of the previous year (Jul-Sept FY18) was recorded at Rs440.8 billion while the debt servicing expenditures were recorded at Rs445.37 billion.

Total revenue of the country during the first quarter of the current fiscal year increase to Rs1.102 trillion against the income of Rs1.025 trillion in the same period of last year.