Pakistan set to gift 40,000 metric tons of wheat to Afghanistan 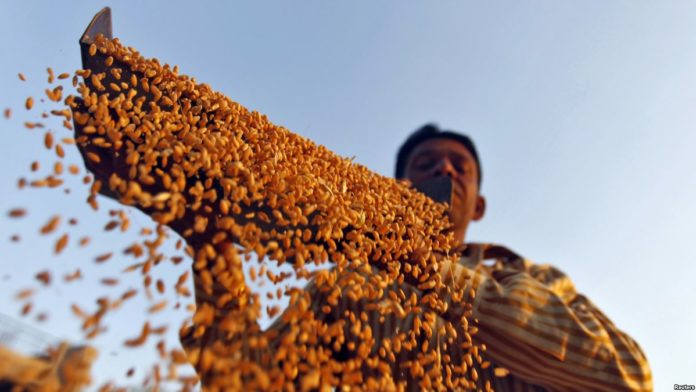 ISLAMABAD: The Economic Coordination Committee (ECC) on Friday accorded an approval to gift 40,000 metric tons of wheat to Afghanistan.

Finance Minister Asad Umar chaired a meeting of the ECC which agreed to gift wheat worth Rs1.73 billion to Afghanistan.

The ECC also approved the release of funds to the Pakistan Poverty Alleviation Fund (PPAF) for the Benazir Income Support Programme (BISP).

In the fiscal year 2017-18, good growing conditions led to an increase in the country’s wheat production, up 800,000 tonnes to 26.3 million tonnes, according to a Global Agricultural Information Network report from the US Department of Agriculture.

“At a procurement price of $310 per tonne, producers who receive the government support price are among the better-compensated wheat growers globally,” the USDA said. “In spite of the lower-than-targeted procurement, the government now holds 10.8 million tonnes of wheat at the start of the local marketing years, one of the highest beginning stock levels on record.”