Stock market may hold up to eight IPOs in 2019 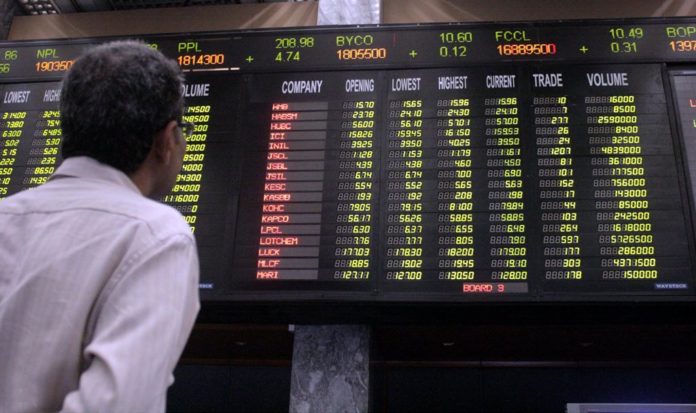 KARACHI: The Pakistan Stock Exchange (PSX) may hold at least 7-8 initial public offerings (IPOs) in 2019, as there would be stability in the exchange rates of local currency, sanity on the political front, and clarity on the International Monetary Fund (IMF) loan deal with Pakistan, said Arif Habib Group Chief Executive Officer (CEO) Shahid Ali Habib.

“As the market is expected to post a healthy run next year on the back of improving macros and political stability, companies are expected to resume/initiate IPOs,” Habib said in a media briefing during the launch of ‘Pakistan Investment Strategy 2019’. “The IPOs may come from steel, power, transport, textile, logistics, auto parts, pharma, food, IT sector etc.”

During the last five years, Rs236 billion were raised from the IPOs. Over the past decade, IPOs, secondary public offerings (SPOs), and secondary equity offerings (SEOs) remained a major source of fundraising and capital formation for companies, he noted.

“Interloop, which is the largest socks manufacturer outside China, intends to issue 109 million shares at a floor price of Rs45/share to generate Rs4.9 billion in order to establish a hosiery division and set up a new denim plant. Pakistan largest ever private sector IPO is expected to be launched in 2019,” he claimed. “This signals the importance of the stock exchange as a preferred choice for raising capital in the country.”

Shahid Ali Habib said the government has been the biggest beneficiary of these offerings as it raised Rs170 billion through fours SPOs including UBL, HBL, ABL and PPL, which is approx. 67 per cent of the total proceeds.

He said that 2018 was an election year, and therefore political uncertainty was prevalent. “With elections being peacefully concluded and smooth democratic transition taking place along with settling in of the new government, 2019 is expected to be a stable year in terms of political environment,” he predicted.

Shahid Ali Habib claimed that higher interest rates are expected to encourage issuers to go for equity offering as cost of debt has increased significantly as a result of higher discount rate (hike of 425 basis points during 2018). On the other hand, he added, the valuations will drop as a result of higher return on debt, which is an alternate investment avenue for investors.

According to him, the textile sector is expected to offer more IPOs as it benefits from the government’s focus on exports, rupee devaluation, fiscal incentives and concessionary energy pricing (gas and electricity). “Although the textile sector has access to low cost financing in terms of Long-Term Financing Facility (LTFF) and Export Financing Scheme (EFS) for capacity expansion and working capital, respectively, not all kinds of expenditures (like cost of construction, machinery erection, commissioning etc.) are covered in those schemes,” he added.