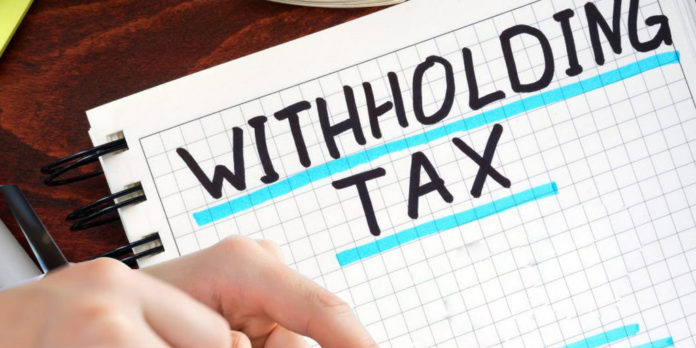 KARACHI: The government is considering reducing withholding tax rates on cash and non-cash banking transactions since the direct tax impeded banks growth due to non-banking channels being utilized for financial dealings, sources said on Friday.

According to a report in The News, sources in the Federal Board of Revenue (FBR) had mulled reducing withholding tax and a number of withholding provisions to ease things for taxpayers.

The sources said these taxes were negatively impeding the use of the banking sector.

In several documents, the government admitted the levying of withholding tax is a huge obstacle to the growth of the banking sector.

And Pakistan is probably scheduled to hold its second round of talks in the new year with International Monetary Fund (IMF) regarding monetary support to the country’s external account position.

In a document submitted to the IMF states, “Depth and breadth of financial system remain low in Pakistan as indicated by lower bank deposits as percentage of GDP due to lower saving rates in the economy, high currency (in circulation) to deposit ratio and imposition of withholding tax on cash withdrawals and bank transfers.”

Also, the State Bank of Pakistan (SBP) stated the leading reason that precipitated the reversal of a trend in deposits to M2 ratio a few years ago was due to levying of withholding tax on non-cash banking transactions over Rs50,000 for non-filers.

In its annual report for FY18, the SBP said, “The deposit-to-M2 ratio has continued to slide during FY17 and FY18, which indicates that the impact of withholding tax is still hindering the movement of cash back into the banking system.”