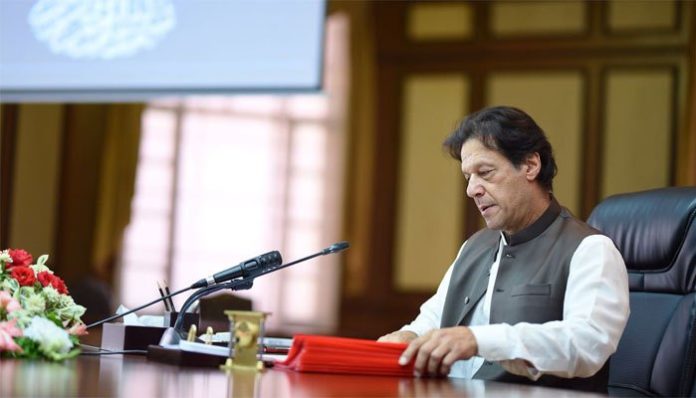 ISLAMABAD: Prime Minister Imran Khan on Wednesday chaired a meeting of the Cabinet Committee on Energy at the PM’s Office.

The prime minister was briefed in detail about the demand and supply situation in the power sector, the projections of petroleum and power division for the next six months, the existing energy mix, availability and utilization of indigenous as well as imported gas and way forward towards addressing various issues related to energy sector.

The meeting was also briefed about gas management plans of Sui Northern Gas Pipeline Limited (SNGPL) and Sui Southern Gas Company (SSGC) for the winter season. It was informed that despite a sudden drop of temperature and increased demand for gas, uninterrupted supply to domestic, commercial and zero-rated industries would be ensured during the ongoing season. Efforts were also being made to curtail the duration of gas load-shedding to other sectors such as CNG, captive power plants of general industries.

Discussing the issue of fuel import, it was decided to immediately notify ban on any further import of furnace oil.

The issue of production and storage of furnace oil by the local refineries was also discussed during the meeting. The prime minister directed that a detailed plan, in consultation with refineries, regarding upgradation of existing facilities and export of surplus furnace oil should be worked out on priority.

It was decided that the Economic Coordination Committee (ECC) would be briefed in its next meeting about the availability of urea stocks in the country as well as its pricing.

It was decided that a detailed plan would be worked out to ensure optimal utilization of RLNG Terminals.

It was further decided that Power Division will submit a monthly DISCO-wise report to the CCoE about transmission and distribution losses and update on recoveries of receivables.

Ministry of Petroleum was directed by the CCoE to submit a detailed plan on reduction of losses due to Unaccounted for Gas (UFG).

The prime minister directed that policy on renewable energy be finalized by end of January.