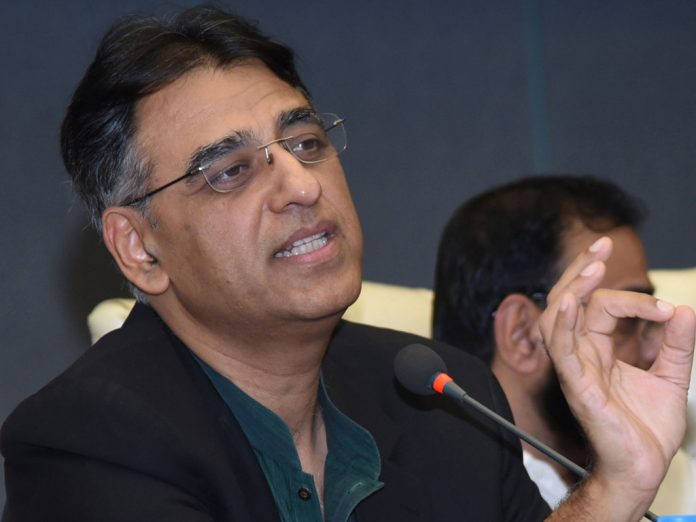 ISLAMABAD: Pakistani Finance Minister Asad Umar is due to announce a package of measures to shore up strained public finances in a “mini-budget” on Wednesday that comes only months after the government presented its last finance plan in September.

Measures are expected to include higher taxes on luxury items, mobile phones and large cars as well as cuts in import duty for some machinery and raw materials imports to try to boost local industry and help exporters.

But the main thrust of the package will be on creating better conditions for investment in an economy struggling from severe pressure on its public finances and facing a balance of payments crisis with foreign exchange reserves sufficient to cover less than two months of imports.

“This is not just about taxation measures, it is about encouraging investment, whether in the stock exchange, industry, financial sector or other,” said Khaqan Hassan Najeeb, a senior adviser at the finance ministry.

With economic growth expected to slow this year to 4pc, from 5.8pc in 2018, a yawning current account deficit and a fiscal deficit set to hit 6.9pc of gross domestic product in 2019, according to IMF estimates, Pakistan needs to get control of its public finances.

“On the fiscal side, there’s more to be done. They really need to find ways to bring the fiscal deficit down,” said Raza Jafri, executive director of research at Intermarket Securities.

Since coming to power in August, much of the government’s focus has been in staving off a balance of payments crisis and it has opened talks with the International Monetary Fund, although there has been no agreement so far on the terms of what would be Pakistan’s 13th IMF bailout since the 1980s.

Umar, who was quoted earlier this month as saying there was no immediate need for an IMF package, is due to arrive back in Pakistan on Tuesday from a visit to Qatar with Prime Minister Imran Khan.

The visit was aimed at securing agreement to cut the price of liquefied natural gas from Qatar and secure a credit facility to defer payments on gas imports, part of a broader drive to secure financing from sources other than the IMF.

An accord with Qatar would follow similar arrangements with Saudi Arabia and the United Arab Emirates, which have offered deals to defer payment for oil imports in addition to billions of dollars in loans.

But despite a sharp devaluation of the Pakistani rupee, which has lost about 25 percent of its value over the past year, and a steep drop in oil prices over the past three months, exports have been slow to pick up.