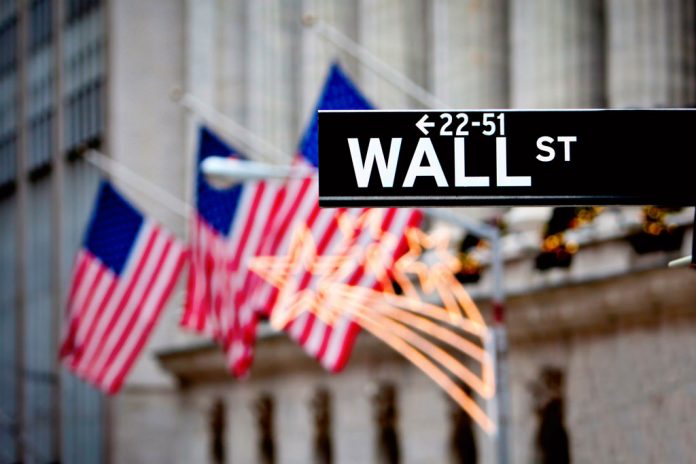 US stocks surged on Friday, as upbeat earnings reports helped investors put aside growth worries, with hopes of a resolution to the lengthy US government shutdown fueling optimism.

With fourth-quarter earnings largely exceeding Wall Street expectations, the S&P 500 index was set to end a bumpy week, marked by concerns about slowing global growth and the government shutdown, on a high note.

The US Senate was searching for a way to end a shutdown entering its 35th day and threatening the economy.

“That signals an openness and willingness to compromise,” said Oliver Pursche, chief market strategist of Bruderman Asset Management in New York. “It signals that we could see an open government as soon as Monday.”

Ten of the 11 major S&P sectors were higher, with technology and consumer discretionary stocks providing the biggest boost.

Western Digital Corp, whose quarterly results fell short of estimates, rose 5.13 percent after the hard-disk drive maker said its revenue would improve in the second half of the year. Shares of rival Seagate Technology climbed 5.66 percent.

Intel Corp fell 6.5 percent after forecasting a dismal current quarter, blaming it on a slowdown in China and sluggish demand for its data center and modem chips.

Intel also capped further gains in the Philadelphia Semiconductor Index which climbed 1.35 percent, after a near 6 percent surge on Thursday.

“Earnings are a mixed bag. But everyone had thought that this was so much more severe than it is. They are starting to realize that it’s a slowdown, not a train going off the rails,” said Arian Vojdani, investment strategist at MV Financial in Bethesda, Maryland.

Investors are bracing for an event-packed week ahead, which includes the Federal Reserve’s first policy meeting this year, US jobs data, another round of trade talks and reports from Apple Inc and Amazon.com Inc.

The Fed has forecast two more interest rate hikes in 2019, but Chairman Jerome Powell has stressed the central bank can be patient in approving any further hikes as officials gauge whether the US economy will slow this year.

Among a few weak spots were shares of AbbVie Inc which fell 6.30 percent after its quarterly profit missed estimates.

Of the 112 companies in the S&P 500 companies that have reported quarterly results so far, 72.3 percent have surpassed profit expectations, according to Refinitiv data.

However, earnings growth estimates for the quarter have dropped to 14.3 percent from 20.1 percent at the start of October.

The S&P index recorded 11 new 52-week highs and no new lows, while the Nasdaq recorded 24 new highs and 10 new lows.

Export target of kinnow set at 350,000MT this season

The Consumer Price Index (CPI)-based monthly inflation decelerated to 8.3pc in November 2020, from 8.9pc in October mainly due a slight decrease in the...
Read more
World Business News

LONDON: World stocks skirted towards record highs on Wednesday on the prospect of a coronavirus vaccine and additional US economic stimulus, though enthusiasm for...
Read more
HEADLINES