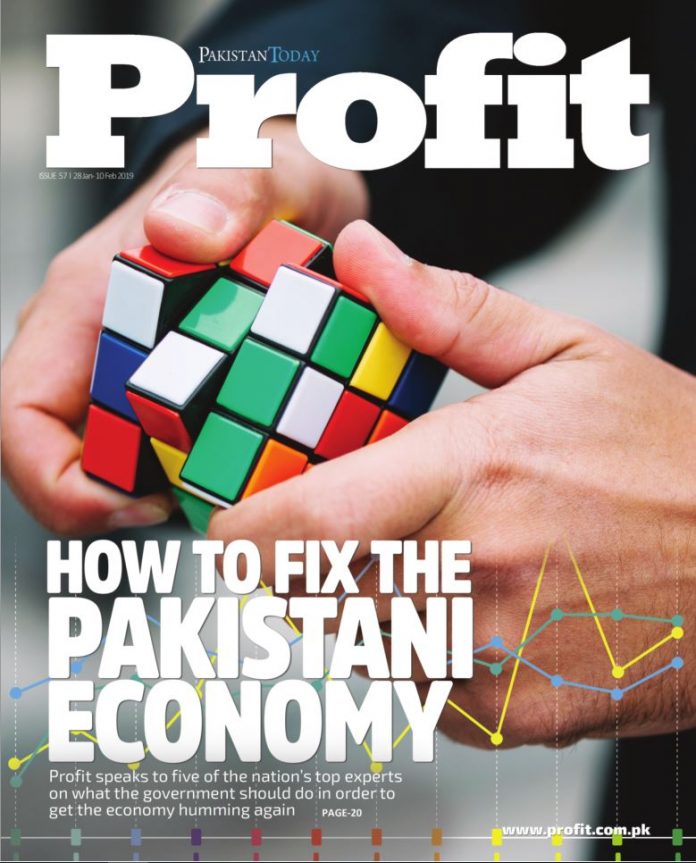 It is not an often-appreciated fact, but politicians actually do try to keep most of their major campaign promises, at times regardless of whether those promises are worth keeping. For instance, Nawaz Sharif was obsessed with improving electricity availability in urban areas of Pakistan because that is what he promised voters. Asif Ali Zardari named every possible thing he could after his late wife because he ran on the memory of Benazir Bhutto. And Imran Khan is obsessed with not turning to the International Monetary Fund (IMF), even if it means making his otherwise perfectly intelligent finance minister look like a bumbling idiot to everyone who remembers him from days as a titan of Corporate Pakistan.

In recent days, the government appears to be finding its rhythm finally, after months of what appeared on the surface to be inactivity, but what we now know was essentially the time it took them to complete an intense international begging tour to all countries that still give the government of Pakistan some attention and respect. It also looks like the government might actually be able to achieve its goal: get a combination of both short-term current account and fiscal support from so-called friendly foreign governments, avoid going to the IMF for a bailout which would likely come with many strings attached, while also building the breathing room to enact difficult, but necessary, structural reforms.

Except that this image is not at all true. Indeed, the Imran Khan Administration might well be mortgaging future of the next generation of Pakistanis to foreign governments whose agenda is far from clear, and whose economic and political interests in Pakistan are far from benign.

Let us consider the most charitable interpretation of what the government is seeking to achieve.

Firstly, the government wants to avoid an IMF bailout because that typically comes with conditions that the government considers too harsh, and not tailored to the Pakistani economy’s needs. Nonetheless, the government does recognise that the balance of payments crisis in has hit an acute phase, and the economy needs an immediate injection of dollars from somewhere. And so, it is following through with the second prong of its agenda: seeking balance of payments support, through a combination of deferred oil payments and government loans and deposits from the governments of Saudi Arabia and the United Arab Emirates, and the prospect of support from some other governments such as China and Qatar.

And then lastly, the government claims to be enacting structural reforms through what is being termed a “mini-budget” but is really more of an omnibus statement of economic priorities on the part of the Imran Khan Administration.

Here are some questions that we would like to ask the government about its strategy: why do we not know how to negotiate with the IMF? We have been through nearly two dozen rounds of negotiations for IMF bailouts before in our history. Why does the finance ministry still not have the kind of competent staff that could negotiate a bailout package that is flexible enough for the needs of the Pakistani economy?

On the question of the alternatives to the IMF, we also have concerns about the government’s strategy, as well as some questions. For instance, the balance of payments support it has been able to get from Riyadh and Abu Dhabi is for between one and two years. What happens when that period ends and the money needs to be paid back? Where will the money come to replace the outflow?

We would like to dig deeper on this question: what exactly are Saudi Arabia and the United Arab Emirates getting in return for their financial support of the government of Pakistan? Will Pakistani troops be sent to fight the Saudi crown prince’s vicious war in Yemen? Will the independence of Pakistan’s relationship with Iran or any other country be affected? What exactly is the price Pakistan is paying for this money and will be paid in Pakistani blood?

And then there is the question of the so-called structural reforms laid out in the mini-budget. If there were any, please let us know, because we found precisely zero policies announced by Finance Minister Asad Umar that would address any of the long term structural challenges facing the Pakistani economy.

It was more of the same: a few crowd-pleasers mainly designed to appeal to Pakistan’s upper middle class and business owners. Nothing that forces the tax-evading wealthy to pay their fair share. Nothing that addresses the growing – and by now perennial – the problem of inter-corporate circular debt in the energy supply chain. Nothing to level the playing field for smaller businesses seeking to develop globally competitive, export-oriented companies in Pakistan that happen to not be in the dominant but sclerotic textile sector.

Is this what passes for structural reform under the Imran Khan Administration? Is this the very best that the brilliant Asad Umar can do? Is it?

We are not angry or frustrated with Asad Umar. Just disappointed. He should know better. And he probably does. But he lacks the courage of his convictions to speak truth to power. He should remember that history tends to be very unkind to those who make their talents subservient to their hunger for proximity to power.

There is a big difference between the Saudi government seeking to build a multi-billion-dollar refinery in Pakistan because Riyadh seeks to wield political influence over Islamabad and a multinational company that decides to set up a subsidiary in Pakistan because it genuinely believes in the prospects of the Pakistani market.

The reason why the IMF is a better option that money from Saudi Arabia or the UAE is that, unlike the Saudi and Emirati money, the IMF money comes with a “good-housekeeping seal of approval”. Global investors look at a successful implementation of an IMF bailout programme as a sign that an economy is finally turning the corner and undertaking the structural reforms it needs to take.

And what, pray tell, is so wrong with the IMF’s conditions. While there are lots of specifics, the IMF’s fundamental purpose comes down to getting the government to stop wasting money on subsidising the inefficient energy consumption of the upper middle class, and tax the people who actually should be taxed in the country. What is so wrong with that?

And as to the charge that the IMF does not customise its policy prescriptions for Pakistan, that is only because Pakistan’s problems are completely identical to those of other badly run economies. We lack originality even in the nature of our economic crises!

Asad Umar is seeking to undertake a highly complicated manoeuvre to bypass the IMF. It is possible he may achieve some short-term success. But the long-term cost of that will be paid by every Pakistani under the age of 40. It is a big disappointment to see this inanity come from a man who used to inspire and empower young people to do great things.