‘The overarching objective is to achieve agriculture growth rate of 7.5pc per annum by FY2027-28 through integrated market-based value chains’ 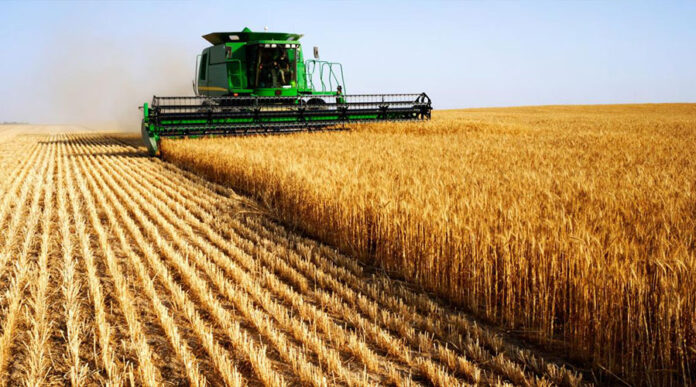 The presentation was made to a cabinet committee working on new the agriculture package at the Parliament House. Speaker National Assembly Asad Qaisar chaired the meeting.

In a bid to build national consensus on the proposed agricultural growth strategy, Asad Qaiser called for a close scrutiny of the entire strategy.

He said after presentation to the Sub-committee of Cabinet on Agriculture, the strategy would be presented to the prime minister and subsequently to the NA for debate.

The panel was informed that the overarching objective is to achieve agriculture growth rate of 7.5pc per annum by FY2027-28, led and sustained by producer-owned integrated market-based value chains that incentivize producers to continue investing in modern and climate-smart production technologies, expansion of cultivated land area and value added activities.

Drawing upon historical data, she explained that the inconsistent growth patterns of agricultural sector reveals lack of consistency in policy and planning for the sector.

She further stated that the proposed model envisioned a pro-poor growth strategy focusing on transformation of the business model of the 7.4 million smallholder farmers who cultivate 48pc of the total cultivable land.

Khan said that the proposed strategy drawing upon ecosystem based, multipronged three phased strategy seeks to transform Pakistan’s subsistence agricultural into modern, diversified, competitive and high-value agriculture with a particular focus productivity and profitability of the smallholders’ farmers.

On the decline for more than a decade, Pakistani cotton just saw a brief revival. Could it be carried forward?
Read more
GOVERNANCE

Transportation fares and prices of essential food items to be reduced in line with reduction in petrol prices, smuggling of wheat and fertiliser to be curbed.
Read more
GOVERNANCE