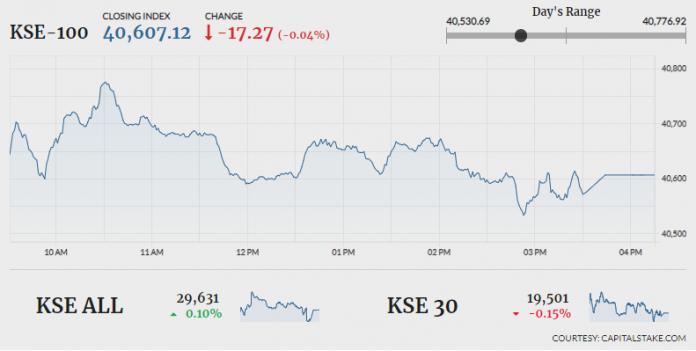 KARACHI: The Pakistan Stock Exchange (PSX) witnessed another volatile session on Wednesday as the indices, after fluctuating in positive and negative zones, finally settled in the red. Foreign investors continued to remain net buyers on Tuesday with a net inflow of $1.47 million.

As per the recent data released by the State Bank of Pakistan (SBP), economic growth is expected to slow down to 4-4.5 per cent in the current fiscal year. Previously, a target of 6.2pc was projected for Financial Year 2018-19. Moreover, the fiscal deficit has widened to Rs541.7 million or 18.62pc during the first quarter of the current financial year (2018-19) as compared to Rs440.8 billion in the same period last year.