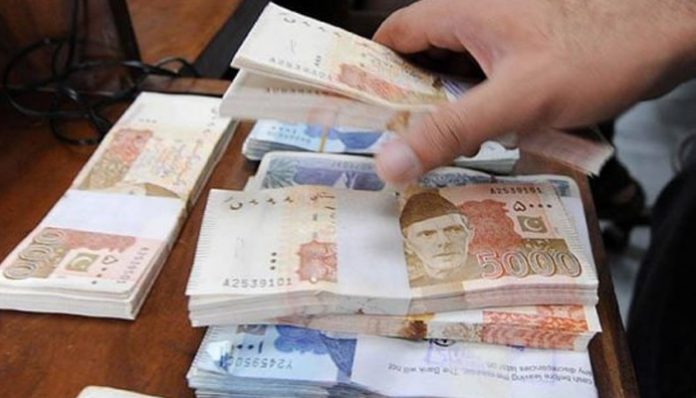 ISLAMABAD: The government has released around Rs1.424 billion during the first seven months of the current fiscal year for various projects of the Finance Division. In total, Rs12.3 billion have been earmarked for the division under the Public Sector Development Programme (PSDP 2018-19).

An amount of Rs344.8 million has been released for Greater Karachi Sewerage Plant (S-III Karachi), which is being executed on a 50:50 cost-sharing basis between the federal and provincial governments. In total, Rs862 million have been allocated for the project under PSDP 2018-19, according to a data of Ministry of Planning, Development and Reform.

The government also released Rs200 million for Gwadar Development Authority against its allocations of Rs1,000 million, whereas another Rs200 million were released for Khyber Institute of Child Health and Children Hospital (Peshawar), for which an amount of Rs500 has been earmarked in the federal PSDP 2018-19.

An amount of Rs200 million was released for necessary facilities of fresh water treatment, water supply and distribution in Gwadar under China Pakistan Economic Corridor (CPEC), for which an amount of Rs1,200 million has been earmarked in the federal PSDP.

The government released Rs60 million for widening and carpeting of Booni-Buzand Torkhow Road, Chitral, against its allocations of Rs300, whereas an amount of Rs60 million was released for Shaheed Benazir Bhutto Mother and Child Healthcare Centre (300-bedded hospital in Nawabshah City) against the allocation of Rs300 million.

The government released Rs112.410 million for Cadet College Kharan against the allocations of Rs562.057 million, whereas an amount of Rs52 million was released for the construction of fish landing jetty and allied harbour facilities at Surbandar, Gwadar, against its allocations of Rs264.302 million.

An amount of Rs53.897 million was released for energisation and construction/ extension of Audit House, Islamabad, against its allocations of Rs179.656 million.

It is pertinent to mention that in total, the federal government has released Rs243.181 billion against the total allocation of Rs675 billion for various ongoing and new schemes so far.

The released funds include Rs95.673 billion for federal ministries, Rs111 billion for corporations, and Rs25.9 billion for special areas.