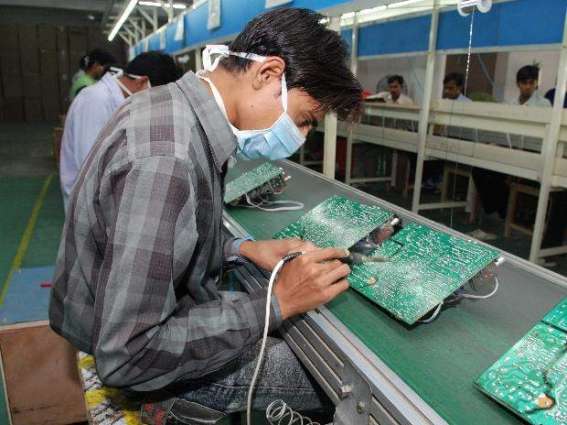 ISLAMABAD: Continuing on its strong growth trajectory, the electronics industry posted a growth of 7.8pc during the first quarter of the fiscal year 2018-19, the State Bank of Pakistan (SBP) reported.

The uptick was driven primarily by an increase in the production of electric motors and various cooling equipment, according to SBP’s first quarterly report on the State of Pakistan’s Economy for FY19.

“Improvement in electricity supplies alongside an extended summer season drove the demand for the electronic goods,” the report stated, adding that the consistent growth of the segment has attracted the attention of the foreign investors as well.

“For instance, TCL, the third largest television set producer in the world, has announced plans to expand its footprint in the Pakistani electronic market,” it said.

The country’s large-scale manufacturing (LSM) witnessed a broad-based contraction of 1.7 percent, according to the report.

The overall macroeconomic environment, the report continued, remained challenging during the first quarter of FY19.

“The primary concern was the steep rise in global crude prices, which not only reinforced the already strong underlying inflationary pressures in the economy but also eclipsed emerging improvements in the external sector,” it stated.