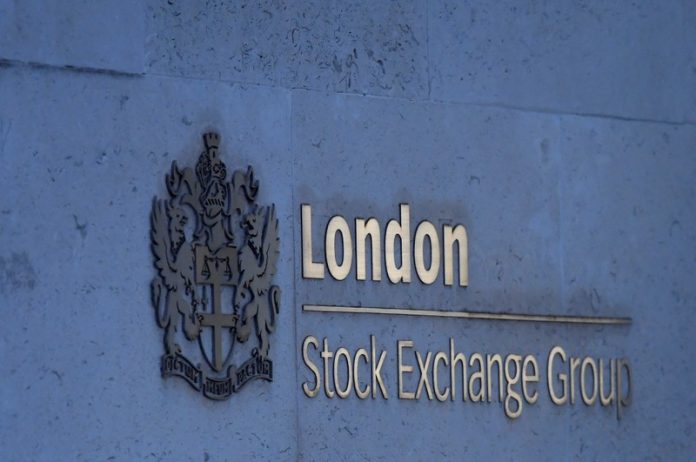 LONDON: World stocks remained near two-month highs on Monday with the dollar and oil chalking up gains, though some European bourses struggled as momentum from last week’s US employment and manufacturing data bounce started to fade.

The pan-European STOXX 600 slipped 0.1 per cent in early trading with Paris’s CAC and Frankfurt’s DAX both falling around 0.2-0.3 per cent.

MSCI’s All Country World Index, which tracks stock markets in 47 countries, traded within a whisker of Friday’s two-month high after Hong Kong’s Hang Seng ended a half day of trade up 0.2pc while Australian shares and Japan’s Nikkei ended half a per cent higher.

London’s FTSE rose 0.2pc to a two-month high after sterling softened against the dollar.

Trade was subdued with many of the region’s markets closed for the Lunar New Year. China’s financial markets are closed all week, while those in South Korea are shut until Thursday.

“The tone we took away from the end of last week and the dovish tilt from the Federal Reserve is positive for risk assets,” Michael Hewson, chief markets analyst at CMC Markets in London.

“The benign outlook for monetary policy should support risk assets but the elephants in the room are Brexit, trade talks and political instability in Europe,” Hewson said, adding he expected Tuesday’s services PMI data to confirm a darkening picture for Europe.

US stock market futures also pointed to a more muted start to the week: S&P 500 and Nasdaq e-mini futures both traded a touch softer.

On Wall Street on Friday, optimism from a surge in January US job growth was offset by a disappointing outlook from Amazon.com Inc battering retail stocks. The Dow rose 0.26pc while the Nasdaq shed 0.25pc.

Friday’s US non-farm payrolls jumped by a stronger-than-forecast 304,000 jobs in January – the largest gain since February 2018. That report, along with better-than-expected January ISM manufacturing activity numbers, pointed to underlying strength in the world’s biggest economy.

However, global equity markets performed strongly last week after the Federal Reserve pledged to be patient with further interest rate hikes, signaling a potential end to its tightening cycle.

Meanwhile, in FX markets, the dollar index extended gains for a third straight day, strengthening 0.1pc against a basket of currencies.

Against the yen, the dollar climbed a third of a percent to 109.89 yen while euro was slightly lower at $1.1447 after getting pulled back from Friday’s high of $1.1488 on Friday. But analysts were watching closely how long the momentum in the dollar could last.

“Overall, the emergence of stronger than expected US economic data should help to ease downside risks for the US dollar in the near-term following the recent dovish shift in Fed policy,” Lee Hardman at MUFG Bank wrote in a note to clients.

“However, it is unlikely to prove sufficient to trigger a sustained turn around for the U.S. dollar.”

On the day, China’s yuan suffered some of the biggest losses against the dollar, weakening 0.4pc in offshore trading. The latest falls took the losses of the yuan over the past two days to more than 1pc – falls last seen in August last year when a broader selloff hammered emerging market assets.

The tumble came despite data showing that China’s sprawling services sector maintained a solid pace of expansion in January albeit at a slower pace, offering continued support for the world’s second-largest economy as manufacturing cools.

The benchmark 10-year US Treasury yield was at 2.702pc after climbing nearly 6 basis points on Friday to pull away from a four-week low of 2.619pc hit earlier last week.

On Friday, WTI futures had rallied 2.7pc on the upbeat US job report, signs that Washington’s sanctions on Venezuelan exports have helped tighten supply and data showing US drillers cut the number of oil rigs.