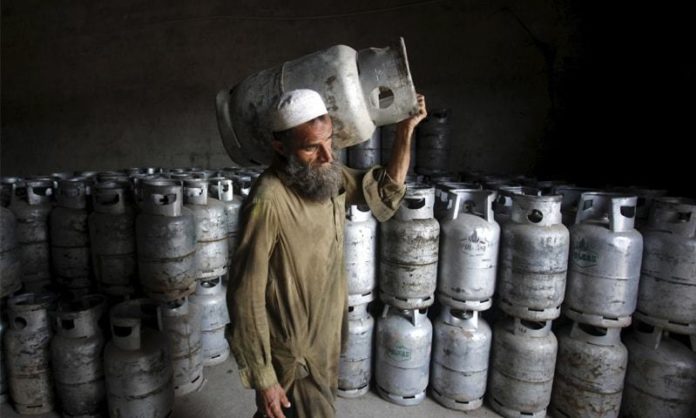 The Oil and Gas Regulatory Authority (OGRA) on Friday has jacked up the price of the liquefied petroleum gas (LPG) by Rs9 per kilogramme.

According to a notification issued by the OGRA, an 11-kg domestic cylinder would now be sold at Rs1,522 after an increase of Rs95. The same cylinder was being sold at Rs1,361 in the month of February.

The prices of LPG, coal and wood have gone up as the low to zero pressure of natural gas has forced many people to turn to alternative fuel sources to cook meals and warm up themselves owing to the cold weather in the country.

Last week, Petroleum Minister Ghulam Sarwar Khan had said that the decision to increase gas tariff by 143pc will affect only five per cent consumers.

Talking to journalists, Ghulam Sarwar had said that the category of consumers who used more than 400 cubic metres of gas per month would be slapped with 143pc higher tariffs.

He clarified that 85pc consumers would experience 10pc increase in gas prices. The minister said that gas companies were facing Rs157 billion deficit, adding that the government was compelled to increase gas tariff.