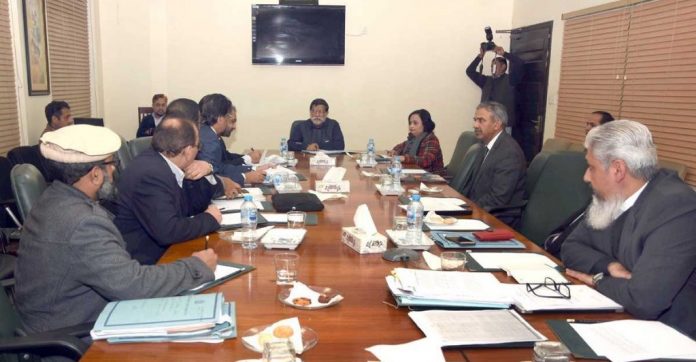 ISLAMABAD: Transparent privatization of state-owned enterprises is one of the major priorities of the current government and shall be successfully undertaken with due regard to every possible minutiae.

This was said by Aviation and Privatization Minister Muhammad Mian Soomro who was chairing a meeting of the Board of Privatization Commission in Islamabad on Thursday.

The minister was briefed about the progress made in the privatization process of a number of state-owned enterprises, including Mari Petroleum, SME Bank and First Woman’s Bank.

The process of other state-owned entities that are to be privatized on a priority basis was also discussed. These included Services Hotel and Convention Centre, Islamabad.

The minister was apprised of the current status of the privatization for each entity. Soomro ordered the commission to ensure that every step with regard to privatization remains transparent and financially feasible.

Another major decision made in the meeting was regarding the approval of a consortium, led by Credit Suisse, to act as financial consultants for the privatization of the RLNG power plants.

It was also decided in the meeting that a steering committee, headed by the privatization minister, shall oversee the implementation process of privatization.