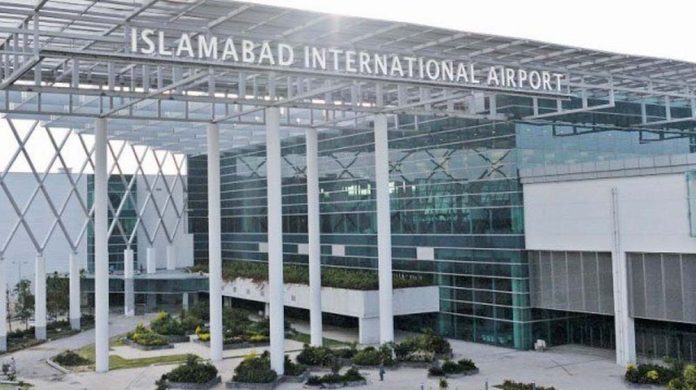 ISLAMABAD: The Qatari investors have shown a great interest in taking on lease the Islamabad International Airport, sources revealed on Tuesday.

As per details, members of the Qatar Investment Authority, currently on a visit to Pakistan, have expressed their desire to take the managerial control of the new airport so as to handle its affairs effectively.

“Although the Pakistani side is yet to respond on the visiting delegation’s offer, it is a good omen that foreigners are coming for investment in Pakistan,” sources said. “This is the first time that a country has shown interest in taking a Pakistani airport on lease. Earlier, Pakistan had kept Jinnah International Airport on mortgage owing to the bad financial position of the country.”

The Qatari delegation also took interest in the tourism industry of Pakistan, sources said, adding that the delegation was taken to different locations in the federal capital in this regard.

Sources said that Qatar also intends to invest in the agriculture sector as well as in the prime minister’s low-cost housing scheme.

“The delegation is clear in making investments in Pakistan and in this regard has asked Pakistan to finalize the matters as early as possible,” they added.

It is pertinent to mention that a high-level Qatari delegation, under the supervision of Sheikh Faisal bin Thani al Thani, is currently on a visit to Islamabad.

The Qatari delegation was briefed about the upcoming energy policy of the government and the potential for development in the power sector. They were also informed about the investment opportunities in the Naya Pakistan Housing Scheme and potential of investments in the maritime sector, particularly Gwadar Port.

“We have shared the details of government-owned hotels and have also informed the potential tourist points,” he stated. “As the Qataris are famous in the world for managing the airports, they asked us that if the government of Pakistan wants to outsource the airports.

“If the government offers this facility in the aviation policy, then we can invite the Qatari investors,” he concluded.