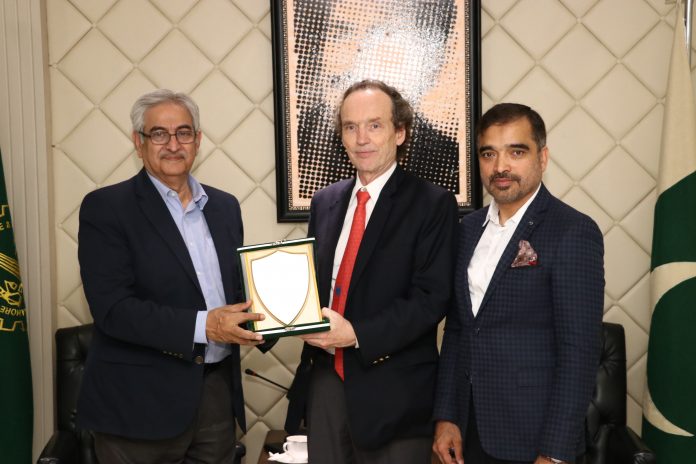 LAHORE: Ambassador of Argentina to Pakistan Ivan Ivanissevich and Lahore Chamber of Commerce and Industry (LCCI) President Almas Hyder on Thursday agreed to make joint efforts to boost bilateral trade and to bridge the communication gap between the private sectors of the two countries.

During over an hour-long meeting held at the LCCI, matters pertaining to bilateral trade and business-to-business contacts came under discussion.

The ambassador stressed the need for enhanced collaborations between the public and private sectors of Pakistan and Argentina. He assured that his embassy would facilitate the exchange of business delegations between the two countries.

“Regular exchange of business delegations, industrial exhibitions, exchange of information, and close liaison between the chambers of commerce of the two countries will definitely help enhance trade,” he stated. “Argentina can sign with Pakistan joint ventures in agriculture, pharmaceutics, alternate energy and passengers transport sectors.”

LCCI President Almas Hyder on the occasion said that Pakistan and Argentina were enjoying good diplomatic relations and have been consistent trading partners. He said Pakistan’s exports to Argentina have been averaging around $50 million for the last decade, adding that both countries need to further explore each other’s markets.

“Pakistan imports soya bean, oil cakes, dried vegetables, medicaments and colza seeds from Argentina. In 2015, the value of total imports from Argentina went as high as $441 million but came down to $92 million in 2018. This fall in imports resulted in reducing the two-way trade figure from $277 million to $140 million,” he stated.