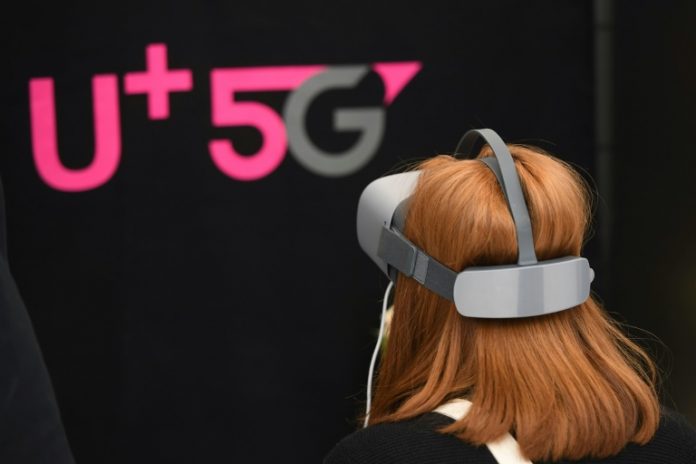 Hyper-wired South Korea has long had a reputation for technical prowess, and Seoul had made the 5G rollout a priority as it seeks to stimulate stuttering economic growth.

Along with the US, China and Japan, South Korea had been racing to claim the title as the world’s first provider of the ultra-fast network.

In the event, Verizon began rolling out its 5G services in Chicago and Minneapolis on Wednesday in the US, a week ahead of schedule.

But according to Yonhap, the South Korean launches came two hours earlier.

“SK Telecom today announced that it has activated 5G services for six celebrities representing Korea as of 11 pm April 3, 2019,” the country’s biggest mobile operator said in a news release Thursday.

Both KT and LG Uplus said they also went live at the same time, with a total of three specially-selected users: KT offered it to the wife of a technician setting up its network on the disputed island of Dokdo, while LG Uplus provided it to a television personality and her racing-driver husband.

For general customers, the services will be available from Friday — the original launch date — when Samsung Electronics rolls out the Galaxy S10 5G, the world’s first available smartphone with the technology built in.

Verizon’s network will work with Lenovo’s Moto Z3 smartphone fitted with a special accessory, while rival US carrier AT&T launched a 5G-based system in parts of 12 cities in December — although it is only accessible to invited users through a free hotspot device, rather than paying customers with mobiles.

Qatari firm Ooredoo said it offers 5G services in and around Doha — but does not have devices available to use them — while Japan is also expected to roll out a limited deployment in 2019 before full services start in time for next year’s Tokyo Olympics.