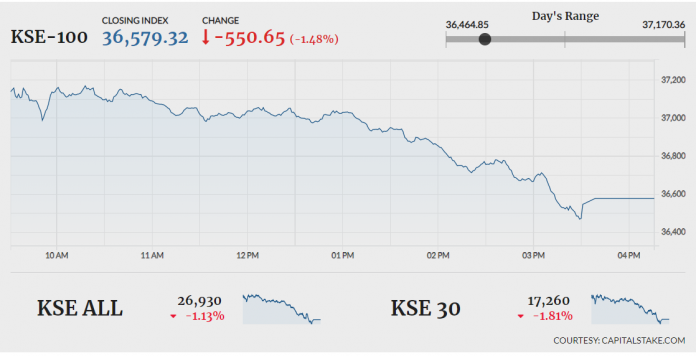 As per the latest report published by International Monetary Fund (IMF), Pakistan’s economic growth rate is predicted at 2.9pc for the year ending 30th June. Moreover, the report stated that the country’s current account deficit is projected to be 5.2pc of the country’s GDP during the current year.

Furthermore, Finance Minister Asad Umar, along with a delegation, is currently on a visit to Washington in order to finalise a three-year bailout package to stabilise the dwindling economy. The delegation includes State Bank of Pakistan Governor Tariq Bajwa as well as the secretaries of Finance and Economic Affairs Division.

Worldcall Telecom (WTL -15.45pc) was next in line on the volume chart with 17.99 million shares following the announcement of its results for FY18. Sales surged by 88pc YoY, whereas earnings per share dropped from Rs1.86 in FY17 to Rs-0.18 in the year under review. The direct cost of the company’s increased by 56pc on a yearly basis.