ECom Connect to hold another conference on April 29 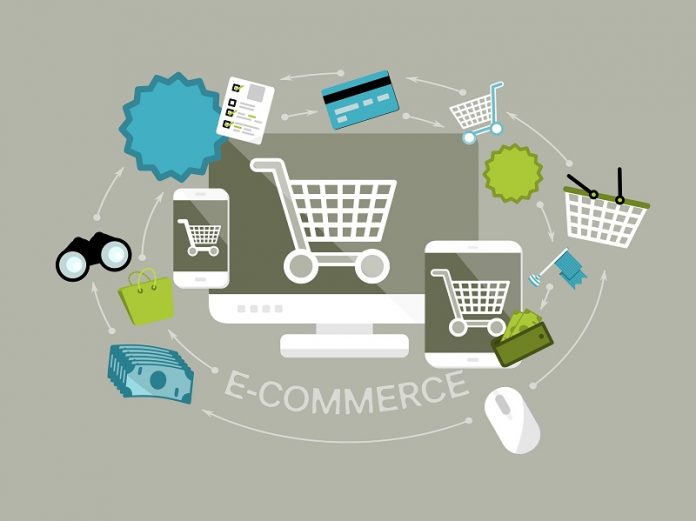 After a successful conference in November last year, Pakistan’s premiere e-commerce conference ECom Connect is holding another meet up in Karachi at its headquarter on April 29.

E-commerce company, Export Leftovers’ Chief Executive Officer (CEO) Umar Qamar will be the guest of honor on the occasion.

What began as the brainchild of entrepreneur Anum Kamran, the chief executive officer (CEO) of Buyon.Pk, ended up becoming the country’s first dedicated e-commerce conference held on a prominent scale. It wasn’t so long ago that Anum decided to form the Pakistan E-commerce Consortium, a support group for e-commerce sites in Pakistan.

It wasn’t soon after that they managed to make quite an impact at the hyped up Momentum Conference in Karachi with a dedicated e-commerce lounge. The lounge invited many prominent members of the e-commerce and startup space, including Badar Khushnood, Khurram Zafar, and Bilal Mumtaz of sehat.com.pk. The two main discussions that occurred there concerned the pioneers of the e-commerce space – Saad Jangda of Symbios.pk and Shayaan Tahir of HomeShopping.pk, and the logistics industry in which Qasim Awan of TCS, Qasim Anis of Leopards, Imran of Blue-Ex, and Hassan Khan of Trax Logistics shared their valuable insights.

A few months later, Anum decided to do something on a much bigger scale – hold the flagship conference of the Pakistan E-Commerce Consortium. She coined the term “E-Com Connect” on her own and then decided to partner up with two other people from Lahore and Islamabad for a planned conference in Islamabad. These were Bilal Mumtaz from sehat.com.pk and Hassan A Shahid from Mercantile Exchange (formerly the chapter director for Sialkot of Startup Grind).

Getting a conference underway, especially an inaugural one, is certainly no easy task. Yet with the continuous support of the three patrons and the utmost of communication, a successful conference ensued on the November 13, 2018, at the National Incubation Center in Islamabad.

The conference was designed to be held in collaboration with a concurrent startup conference named “LIFT” occurring in Islamabad, organised by Jumpstart Pakistan. One of the first things to check off was the venue, which required a lot of phone calls and running around.

However, through an intense search of different venues and locations for the proposed conference, it was through Yusuf Hussain’s kind gesture that the National Incubation Center in Islamabad was finally selected as the host venue for the conference.

The lineup was described as “star-studded” by many who have been following the tech space in Pakistan. The speakers were as follows: NIC Islamabad Director Parvez Abbasi, Bramerz CEO Badar Khushnood, Head of Digital Payments at Telenor Microfinance Bank Omar Moeen Malik, Maria Umer  of #shemeansbusiness, Saad Munir of Hexa Clicks and Alina Zeeshan of Islamabad AI.

Two panel discussion were to take place on customer experience in e-commerce.

Speaking at the conference, Anum had said: “The idea behind creating this community is to bring all ecommerce businesses, stakeholders, and enthusiasts to one forum where we can connect, collaborate and learn. E-commerce in Pakistan is still in a nascent stage but there is no doubt that the future is bright, and that only can happen if all stakeholders brainstorm together towards a better future.”

ISLAMABAD: Pakistan is bearing a whopping Rs240 billion loss in revenue annually due to the smuggling of petroleum products, it was revealed on Wednesday.  According to...
Read more
HEADLINES

ISLAMABAD: The government suffers a loss of revenue to the tune of Rs10 to 15 billion annually due to loopholes in the import policy and...
Read more
HEADLINES

PESHAWAR: Prime Minister Imran Khan on Wednesday said the government was focused on bringing a revolution in tourism and agriculture by revamping the sectors...
Read more
- Advertisement -

April 21, 2021
SHANGHAI: Thought Big Tech was taking over your life through smartphones? It may be coming for your car next as Chinese firms lead a...

TikTok sued for billions over use of children’s data