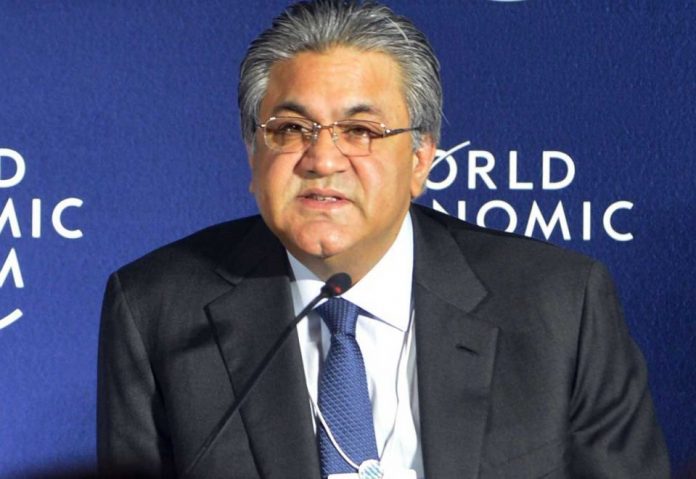 Arif Naqvi, the Abraaj Group founder caught up in a US fraud probe, is still being held in UK jail days after he won bail — because he hasn’t paid the 15 million-pound ($20 million) security bond, Bloomberg reported on Tuesday.

Naqvi can be released once he pays, a London court ruled last Friday. But Westminster Magistrates’ Court confirmed on Tuesday that he’s yet to come up with the funds and is still in custody. His spokeswoman and lawyer didn’t immediately comment.

The bail bond is the largest of its kind ever ordered in the UK, Naqvi said in his filings for Friday’s hearing. The conditions — which include staying in his London home and wearing an electronic tag — “effectively amount to house arrest,” the judge said in court.

Naqvi is one of several Abraaj officials caught up in a probe of what had been the Middle East’s biggest private-equity fund. He is charged with inflating the value of the Dubai-based firm’s holdings and stealing hundreds of millions of dollars. He denies the accusations and says the idea he took money out for his own personal benefit is “ludicrous.” He’s fighting a US extradition bid.

Abraaj collapsed last year in the world’s biggest private-equity insolvency. Founded in 2002, it grew to become one of the world’s most influential emerging-market investors, with stakes in health care, clean energy, lending and real estate across Africa, Asia, Latin America and Turkey.

Naqvi surrendered control in 2018. Abraaj, which managed almost $14 billion, was forced into liquidation in June after a group of investors, including the Bill & Melinda Gates Foundation, commissioned an audit to investigate the alleged mismanagement of money in its health-care fund.