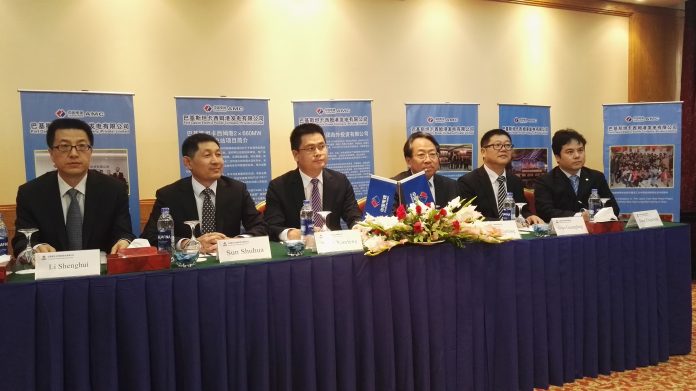 He said that once all the electricity projects under China Pakistan Economic Corridor (CPEC) starts injecting power, Pakistan will be in a position to work on other developmental projects and economic growth.

Replying to a question, he said that after the success of Port Qasim Power Plant, his company is now looking for other investment opportunities in Pakistan’s power sector, adding that PowerChina Resources will also explore opportunities in the development of industrial parks, hydel, wind and solar power projects.

Briefing the media, he said that two projects of Port Qasim Power Plant with a capacity of 2×660 MW have exceeded 10 billion kWh electricity generation.

“The construction of the project officially started on May 21, 2015, and the understanding of the project was signed between Pakistan and China when President Xi visited Pakistan in 2015,” he informed.

Responding to another query about the impact of rupee devaluation on Port Qasim Plant operations, he stated that despite the depreciation, the plant did not transfer a load of losses to the Pakistani consumers, as per the terms of coal imports.

Talking about debt faced by Pakistan, he said that the circular debt is a major problem which is also impacting PowerChina.

“We are now working closely with the National Transmission and Despatch Company (NTDC) and Central Power Purchasing Agency (CPPA) as circular debt is throbbing the company too,” he said. “We need our overdue payments to ensure our operations are not affected. Hope things would soon settle down amicably,” he added.

The PowerChina chairman stated that the company, over the past years, has paid $240 million to the Pakistani government in terms of duties and taxes which helped Pakistan strengthen its economy.

PowerChina CEO Guo Guangling on the occasion said that his company had hired 4,000 Pakistani youth for the construction of the plant, as training and human development is among the top priorities of the company.

Replying to a query about environment protection measures, Vice President Sun Shuhua said that PowerChina had adopted best international standards and most modern technologies to ensure generation of clean and green energy, adding that there are normally two impacts of coal power i.e. impact in air and in water.

“We are currently using supercritical technology which is the most advanced technology in the world to ensure clean energy,” he maintained. “We also cater to China’s environment standard which is again the highest in the world.”

He said that the company invested $500 million in mangrove trees near the plant to ensure the protection of the environment and to make it green.