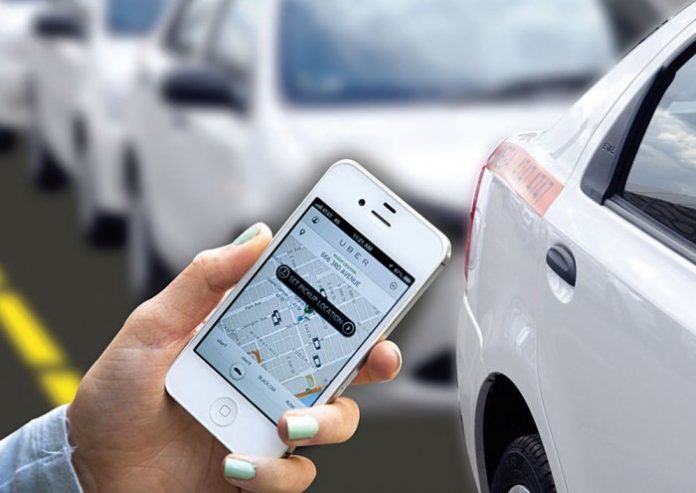 Uber Technologies Inc’s shares fell nearly 9pc in their New York Stock Exchange debut on Friday, marking a rocky start for one of the most high-profile US companies to go public since Facebook Inc seven years ago.

The fall in shares undermined Uber’s strategy of pricing its oversubscribed IPO conservatively at $45 per share to avoid a repeat of rival Lyft Inc’s stock market struggles following a strong debut in March.

The lacklustre market response comes against the backdrop of a spike in trade tensions between the United States and China and increased investor scepticism about Uber’s ability to turn profitable soon enough.

Nelson Chai, the company’s chief financial officer who was at the NYSE to mark the first day of the stock’s trading, said in a CNBC interview that he was not focused on one day of trading and was more concerned about the company’s long-term outlook.

The IPO marks a landmark moment for the decade-old company, which was started after its founders struggled to find a cab on a snowy night and grown into the world’s largest ride-hailing company, making more than 10 billion trips.

The company’s road to IPO was marred by several hurdles including increased regulations in several countries and fights with its drivers over wages.

Uber has said that it has the potential to grow not just in the cab-hailing business, but also as a “superapp” to provide a variety of logistics services, such as grocery and food delivery, organizing freight transportation, and even financial services, much like Grab, its Southeast Asian counterpart.

But market experts have struggled to find value in a company that has consistently posted losses, and warned that it may never actually be profitable.

“The business is unprofitable, new entrants can enter the market, there is potential regulatory risk, and it is very price sensitive. What is there to like about this opportunity?” Robert Johnson, professor of finance at Heider College of Business, Creighton University in Omaha, Nebraska said.

As a private company, Uber has raised more than $15 billion from investors to fuel its growth and expansion into food delivery and freight hauling, with little regard for turning a profit. Uber reported a loss of $3.03 billion in 2018 from operations.

But as a public company, it will have to deal with quarterly earnings reports and demands from shareholders to plot a path to profitability.

The company weathered controversies including the unearthing of a culture of sexism and bullying at Uber to a US Department of Justice federal investigation, which culminated in the resignation of CEO Travis Kalanick. Uber eventually hired Dara Khosrowshahi as CEO.

LONDON: Britain's competition regulator started a formal investigation on Friday into whether Amazon and Google may not have done enough to prevent or remove...
Read more
Automobile