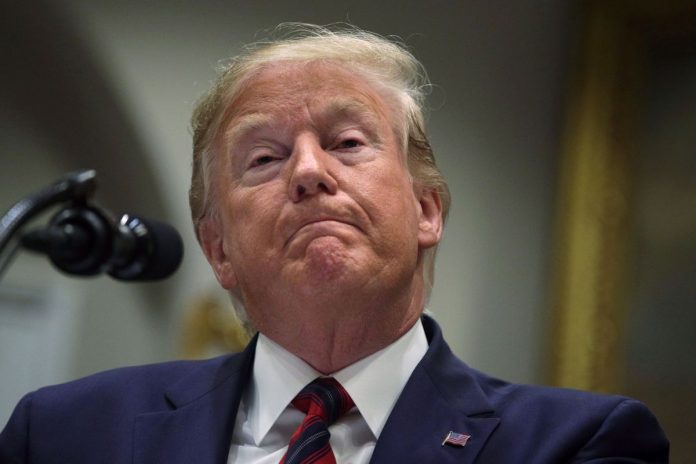 WASHINGTON: President Donald Trump on Monday warned China not to retaliate after Washington raised punitive duties on $200 billion worth of Chinese imports to 25pc from 10pc.

“China should not retaliate-will only get worse!” Trump wrote in a flurry of tweets on trade.

The tariffs were imposed on Friday after two days of talks to resolve the US-China trade battle ended with no deal, however, negotiations will continue.

Trump also addressed Chinese President Xi Jinping and warned that companies would leave China if a trade deal was not reached.

“I say openly to President Xi & all of my many friends in China that China will be hurt very badly if you don’t make a deal because companies will be forced to leave China for other countries.”

“Too expensive to buy in China. You had a great deal, almost completed, & you backed out!” Trump tweeted.

In Trump’s view, “Tariffed companies will be leaving China for Vietnam and other such countries in Asia. That’s why China wants to make a deal so badly! … There will be nobody left in China to do business with. Very bad for China, very good for USA!

“But China has taken so advantage of the US for so many years, that they are way ahead (Our Presidents did not do the job).”

Research shows that Americans will bear the brunt of the impact from the tariffs, as the levies are paid by importers and ultimately passed on at least partially to consumers.

Global markets remain on red alert over a trade war between the two superpowers that most observers warn could shatter global economic growth, and hurt demand for commodities like oil.