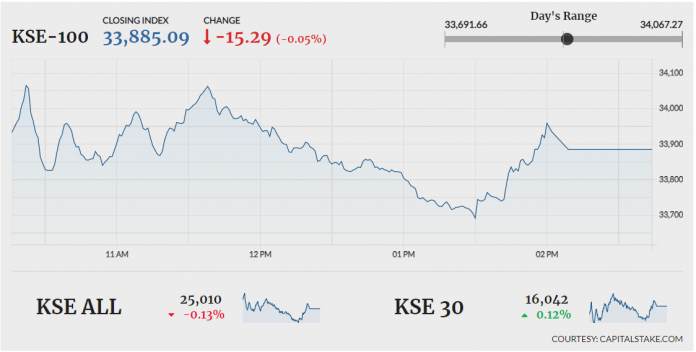 KARACHI: The Pakistan Stock Exchange (PSX) started the trading session on Tuesday on a positive note but failed to hold its ground and ended the day flat. Indices that opened positive soon took a U-turn and continued to move in the negative trajectory thereon.

Meanwhile, the Federal Cabinet, in a meeting chaired by Prime Minister Imran Khan, has approved the tax amnesty scheme.

Asian markets continued a global sell-off on Tuesday following hefty losses on Wall Street as China announced it will raise tariffs on $60 billion of US goods beginning June 1, further escalating the trade war between two of the world’s supreme economies.