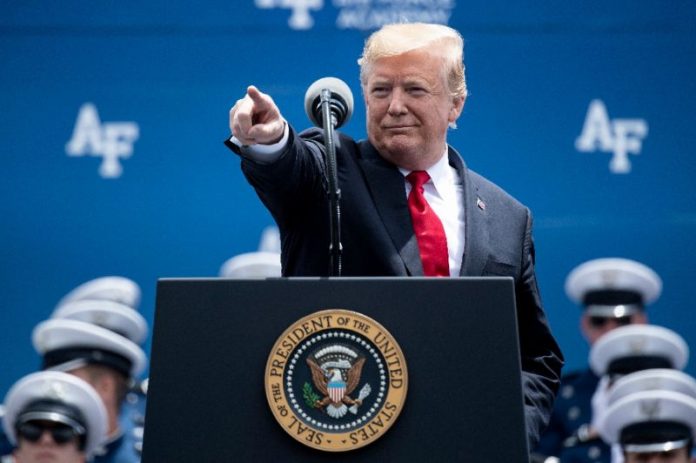 Trump’s Twitter announcement of a five per cent tariff on all goods from Mexico starting June 10 sent shares in automakers with plants in the North American country falling sharply.

Trump said the duties would gradually increase until “illegal migrants” stop coming into the United States through Mexico.

Coming amidst a protracted trade war between the United States and China, the latest tariffs announcement will do little to soothe investors’ anxieties.

In recent days China and the US have ramped up their rhetoric, with Beijing accusing Washington of “naked economic terrorism” and Trump dismissing the Asian superpower as “a very weakened nation”.

The two sides have not set a date for negotiations to resume in the row that has seen Washington and Beijing slap tit-for-tat tariffs on imports, while Trump’s decision to blacklist Chinese telecom giant Huawei earlier this month has added a new dimension to the fractious relationship.

“Markets are getting nervous that we may not see anything constructive on the trade front until the June 28-29th G20 summit, where President Trump and his Chinese counterpart will meet on the sidelines”, said OANDA senior market analyst Edward Moya.

“The longer the trade war lasts, the greater the global growth deterioration,” he said.

Oil prices fell after a smaller-than-expected drop in US crude supplies, with new data showing US oil production at an all-time high.

“US production appears to be ramping up too quickly to allow inventories to come down much,” Moya said.

“Gasoline inventories also posted a strong rise for a second consecutive week, despite the beginning of the summer driving season.”