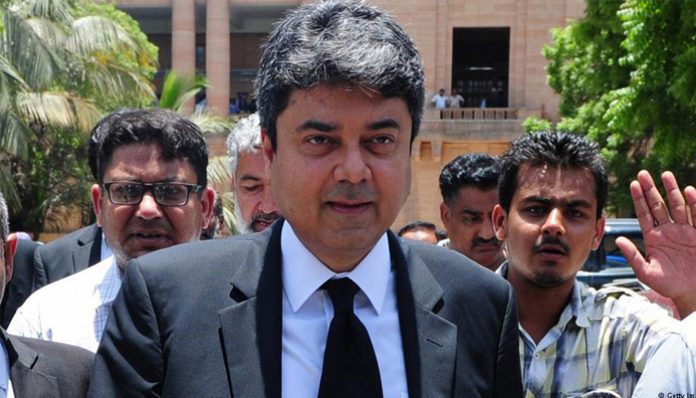 The Ministry of Law and Justice is bound to act upon complaints it receives from the Asset Recovery Unit and Federal Board of Revenue (FBR) in the best interest of the country.

“The ministry on its own has no mechanism to look into the assets of any judge,” it said in a statement received by a private media outlet on Friday. “The Ministry of Law and Justice and the law minister believes in upholding the rule of law and will continue to do so.”

The statement comes amid criticism at Law Minister Barrister Farogh Naseem from a section of press for initiating a case against Supreme Court Justice Qazi Faez Isa.

“No changes in the language of the reference were made by the law ministry on the instructions of the president,” the statement said, adding that the report is ‘factually incorrect’ and a figment of relevant journalist’s imagination.

The ministry strongly refuted the news carried by certain sections of the press that it had deliberately used harsh language in the reference filed against Justice Isa and President Arif Alvi had to modify the language of the reference.

“There is no truth to the reports regarding changes made in the language of the reference since no such directions were issued by the Aiwan-e-Sadar in this regard no language was changed.”

Earlier in the day, the opposition submitted a resolution in the Senate expressing “grave concerns” over the reference filed over non-disclosure of foreign assets in the wealth statements.

The opposition called the references a “direct attack on the independence of the judiciary”, saying it was “aimed at stifling the voices of reason, truth and justice in the judiciary”.

Additional Attorney General Zahid F Ebrahim had resigned from office a day after the government filed a reference over alleged misconduct by superior court judges on Tuesday.