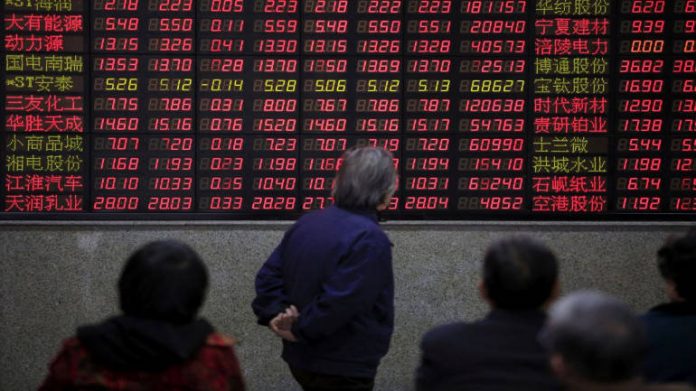 Fears of an economic slowdown have mounted in recent days as US President Donald Trump has threatened Mexico with tariffs, adding to anxieties over the US-China trade war, which shows no signs of a resolution.

The market’s “assumption that the slowing global economy would recover later this year, bolstered by the (strong) US economy, has been shaken by the spread of trade frictions to other countries such as Mexico”, Okasan Online Securities said in a commentary.

Trump followed up his threats against Mexico last week with an announcement that Washington would withdraw preferential trade treatment to India, starting Wednesday, in a bid to press New Delhi to increase market access to US goods.

The US ISM manufacturing index released on Monday — and compiled prior to the recent tariff threats — highlights “the importance of doing business with Mexico”, OANDA senior market analyst Edward Moya said.

“Respondents noted they are shifting business from China to Mexico, and that ongoing tariffs are providing multiple strains in doing business,” Moya said.

Weak manufacturing reports from Britain and the United States prompted investors to seek safe-haven assets such as the yen, putting pressure on Tokyo’s main index.

Less than 30 minutes after the opening bell, the Nikkei dipped into negative territory, but later rose to end flat.

Hong Kong slipped 0.6pc while Shanghai fell one per cent. Taipei lost 0.7pc and Seoul was flat. But Singapore edged up 0.3pc while Sydney made modest gains of 0.2pc.

European markets dipped at the start of trading on Tuesday, with London down 0.6pc while Frankfurt and Paris retreated 0.7pc.

US tech giants sank Monday on reports that Washington planned to intensify its antitrust scrutiny of the sector.

The Wall Street Journal, citing unnamed sources, reported that the Justice Department and Federal Trade Commission had agreed to coordinate antitrust enforcement over tech companies, with Justice taking the lead on Google and the FTC handling Facebook and some aspects of Amazon.

But trade tensions remained the dominant issue on investors’ minds, extending a decline in oil prices.

Since Trump fired the first shot, China and the US have deployed tit-for-tat tariffs on two-way trade worth hundreds of billions of dollars.

The dispute has worsened in recent weeks, with the US blacklisting Chinese tech giant Huawei over national security concerns, and Beijing threatening to unveil its own list of “unreliable” foreign companies.

There are hopes that Trump and Chinese President Xi Jinping will meet at the G20 summit this month to jump-start stalled negotiations.