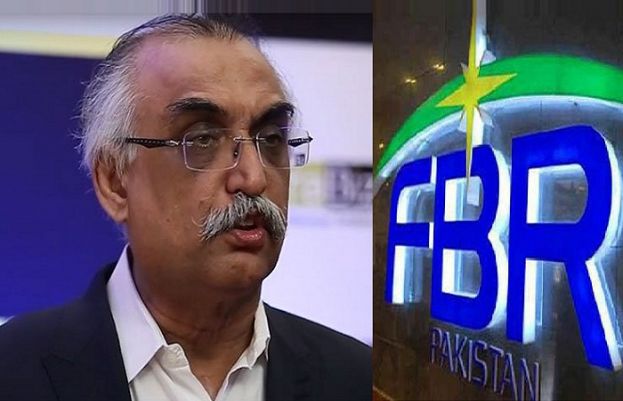 ISLAMABAD: In a briefing to the Senate’s Standing Committee on Finance on Tuesday, Federal Board of Revenue Chairman Shabbar Zaidi disclosed that out of the total 84, as many as 71 sugar mills declared losses in the last fiscal year (FY2018-19).

He said that the argument of the sugar mills that “most of them are running in losses” was not acceptable to the FBR.

However, he added, the department has agreed to reduce withholding tax and minimum tax for those sugar dealers who would get themselves registered with the FBR.

“After the introduction of the Finance Bill 2019, the sugar industry representatives came to the FBR to discuss their taxation and documentation issues. The sugar dealers sought waivers from registration but the FBR rejected this demand,” he informed. “In case of registration of sugar dealers, the withholding tax applicable on fast-moving consumer goods (FMCG), as well as minimum tax, would be reduced.”

He informed the committee that the FBR was seriously working on a “weak area” i.e. Commissioner (Appeals).

“Aggrieved taxpayers usually go to the forum of Commissioner (Appeals) for redressal of their complaints, but if the said position is not independent, then there is no purpose of the appeals filed by the taxpayers,” he added.

Meanwhile, the 16th meeting of the National Assembly’s Standing Committee on Finance, Revenue and Economic Affairs was held under the chairmanship of MNA Asad Umar.

The committee expressed its apprehensions about the amendments proposed by the government in Section 16 of Anti-Money Laundering (Amendment) Bill, 2019, with regard to the powers assigned to the investigating officer or any other officers of the agencies mentioned in subsection (2) of section 24 of the AML Act, 2010.

The committee once again directed the Ministry of Finance to propose maintainable alternative suggestions in light of the queries made by the committee members.

While considering the Foreign Exchange Regulation (Amendment) Bill, 2019, the State Bank of Pakistan senior director informed the committee that foreign exchange policy and operations in Pakistan were governed under the provisions of Foreign Exchange Regulation Act (FERA), 1947, which empowers the SBP to regulate inflows and outflows the foreign exchange. However, he added, the SBP does not have explicit powers under FERA, 1947 to issue any regulation/instruction regarding the inland movement of foreign currencies.

The committee recommended the SBP to prepare a comprehensive presentation on the implementation procedure of the said bill before enactment by the parliament. Members were also concerned that the quantum of foreign currency was not defined in the bill.

The FBR chairman briefed the committee on the salient futures of the amnesty scheme launched by the government. He stated that asset declarations date of the said scheme would not be extended beyond 30th June.