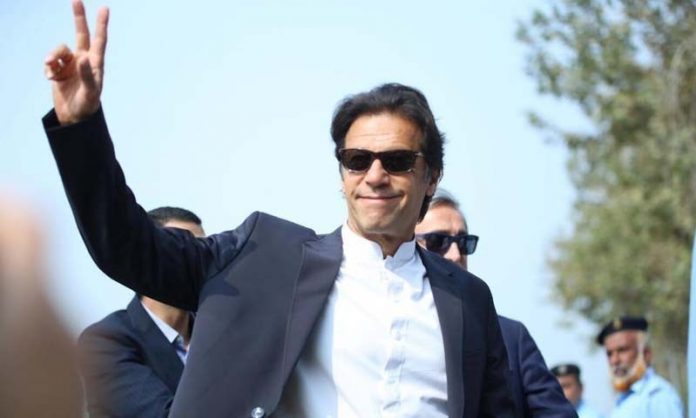 ISLAMABAD: The Pakistan Tehreek-e-Insaf (PTI) government was able to get its finance bill passed in the National Assembly on Thursday after a majority voted in its favour despite attempts by the joint opposition to thwart the bill.

The voting commenced after the opposition’s bid for halting the presentation of the bill was defeated by a 175-146 vote earlier in the day.

Some amendments proposed by the treasury benches were incorporated in the bill, while all those put forth by the opposition were discarded. The bill now awaits presidential assent to come into force starting July 1.

The House will reconvene at 11 am on Saturday.

Earlier during the session, the opposition also rejected the “anti-people federal budget”, saying that the “selected” budget must be withdrawn and people-friendly budget be presented in the House.

Speaking on the floor of the House, Pakistan Muslim League-Nawaz (PML-N) leader and former premier Shahid Khaqan Abbasi said that the economy was in shatters because of the “incompetence” of the incumbent government. “This is an anti-growth budget that will bring in unemployment, poverty and backwardness,” he said.

Abbasi said that if the premier is taking the country towards bankruptcy then it does not require an external enemy.

He said that rupee devaluation had added Rs1,400 billion to the debt servicing requirement of the country, warning that if the current trend continues, Pakistan would be looking at debt servicing of Rs4,000 billion next year.

He criticised the government for imposing more taxes on the poor. “The country is not progressing but taxes have been increased. The poor will have to face the brunt of this increase,” he said. He also alleged that “people who do not pay taxes themselves are expecting others to pay their taxes”.

The former premier rubbished government’s claims of reducing expenditures, adding that the budget document shows that for the first time the government has allocated more than Rs1 billion for the Prime Minister’s Office. He added that funds have been secretly allocated under the head of defence production for maintenance of the premier’s aircraft.

Abbasi said that name calling and anger will not fix the situation and there are ways to deal with the existing problems in line with the Constitution. Terming the budget as the starting point for the decline of the country’s economy, he said that his party rejects the budget because it is against the people of the country.

Taking the floor after the former premier, former interior minister Ahsan Iqbal said that Pakistan is an agro-based economy but the government has not even given an iota of relief to the farmers. “The government has also reduced the budget for the education sector which means it is an anti-people and anti-education budget,” he said.

Pakistan People’s Party (PPP) leader Raja Pervez Ashraf said that the budget is facing criticism from all sectors of the society. “Imran Khan had said that people would happily pay taxes in the presence of an honest leadership, however, the incumbent government had failed to collect the same amount of taxes which were being collected by the previous governments which he said ‘comprised of thieves’,” he added.

Responding to opposition’s criticism, Minister of State for Revenue Hammad Azhar said that the incumbent government is taking the economy towards stability.  He said that previous governments were responsible for the current economic situation of the country.

The minister said that the PML-N government put the economic stability of the country at stake during its last two years in power. He pointed out that foreign exchange reserves declined by $10 billion in the last one-and-half-year tenure of PML-N.

Hammad said that the previous government left behind the circular debt of Rs1,140 billion while we the Pakistan Tehreek-e-Insaf (PTI) government has enhanced the revenue of both power and gas sectors by launching successful drive against their pilferage.

Hammad said that it is for the first time that the House held threadbare discussion on the finance bill. He said that 250 members participated in the general discussion on the budget, which reflects the democratic posture of the PTI government and impartiality of the speaker. The minister also added that the incumbent government retired 9.5 billion dollars of debt this year.

“Everyone has been saying that this is a selected government and the premier has also been selected but we are barred from saying it here,” he said, adding that since the speaker does not like the word in the House, he will avoid using it.

Earlier, before the proceedings of the House began, Leader of the Opposition Shehbaz Sharif proposed that the title of the Finance Bill be changed to ‘IMF Obedience Act 2019’. The proposition was signed by Khawaja Asif, Khawaja Saad Rafique, Marrium Aurangzeb, Barjees Tahir, Murtaza Javed Abbasi, Khurram Dastagir, Ayesha Ghaus Pasha, Mohsin Ranjha and Shaza Fatima, amongst others.