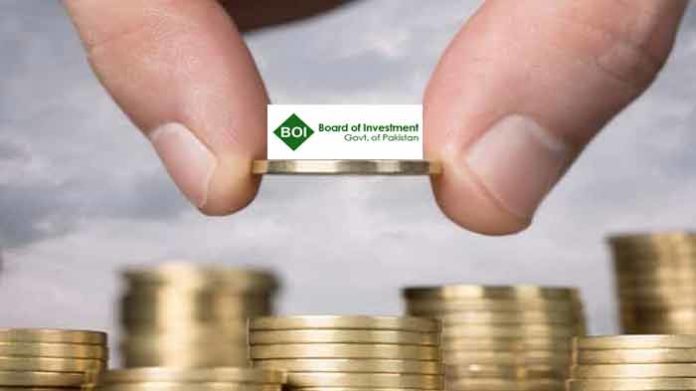 ISLAMABAD: Zubair Gilani, the newly-appointed chairman of the Board of Investment (BOI), has expressed his resolve to uplift the board’s status through promotion of regional trade and by focusing more on manufacturing and export-led growth.

“Regional trade, especially with neighbouring countries, including the energy-rich Central Asian Republics (CARs), is among the priorities of the government,” he said in an exclusive interview with APP on Tuesday, adding that strong trade ties with neighbouring countries would help increase the local exports and decrease the country’s trade deficit.

He said that the nine special economic zones (SEZs), being established along the China Pakistan Economic Corridor (CPEC), offer lucrative opportunities to the local and foreign investors.

“BOI is committed to facilitating new startups through the provision of various facilities, including property registration, so that the small and medium enterprises (SMEs), especially in Lahore and Karachi, are encouraged.”

He said the government has been striving to improve all the nine indicators regarding ‘ease of doing business’, including starting a business, paying taxes, getting credit, resolving insolvency, getting construction permits, trading across the borders, property registrations, electricity provision and enforcement contracts to be implemented to attract foreign investment in the country.

“Through integrated approach and coordination between all the concerned institutions, including the Security and Exchange Commission of Pakistan (SECP) and Federal Board of Revenue (FBR), a mechanism would be developed to improve the ease of doing indicators,” he maintained. “In addition of following World Bank’s report on ease of doing business, the government, at its own, is making efforts to implement these indicators in small cities and towns to facilitate the SMEs sector.”

Replying to question, the BOI chairman said that the board was working hard to complete all the nine SEZs within the stipulated time.

He said that Rashakai has a strategic significance as it was closer to Afghanistan and Central Asian countries.

Replying to another question regarding the SEZs of Hattar and Information Technology Zone in Islamabad, he said that these two zones were on the priority list of the government and all the issues pertaining to land and electricity have been resolved in this regard.

Gilani said the BOI was strengthening its capacity by having specific desks and teams to deal with investors from different countries, as well as by working on important assignments, including all SEZs.

He was of the issue that red-tapism was a grave issue of the country and has been hindering foreign investments. “We are committed to bringing about reforms in the institution to make it at par with international standards.”

The BOI chief said the government wanted to modernise the BOI structure through utilisation of modern technology, adding that technology played a big role in attracting investments.

He said the use of local fuel was necessary to reduce the Current Account Deficit (CAD), suggesting that Thar coal energy should be utilised for this purpose.

The BOI chairman said that public-private partnerships in the industrial sector would prove to be beneficial for all, as they would not only strengthen the local industry but also help the sector attract foreign investments.