PM urged to strike preferential trade deal with US 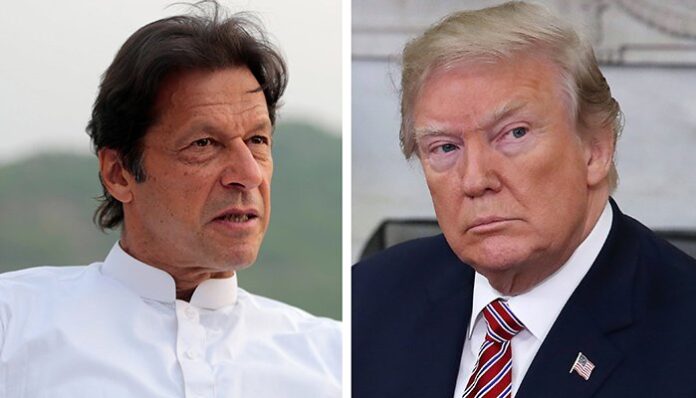 ISLAMABAD: The Islamabad Chamber of Commerce and Industry (ICCI) has urged Prime Minister Imran Khan to negotiate a preferential trade agreement (PTA) with the United States during his visit.

In a statement issued on Saturday, ICCI President Ahmad Hassan Moughal said the removal of trade barriers and providing preferential market access to Pakistani products would double the volume of bilateral trade between the two countries.

He expressed optimism that the prime minister’s visit to the US would yield positive results for the national economy, besides bringing more US investment to Pakistan.

Moughal noted that after 9/11, Pakistan became the frontline state to fight against terrorism due to which its economy suffered huge losses.

“The prime minister should urge the US leadership to give preferential treatment to Pakistani products in its market without tariff and non-tariff barriers in order to compensate to some extent the huge economic losses,” he added.

The ICCI president also requested the US to help Pakistan in building its industrial institutions, in addition to undertaking joint ventures and investment in its various sectors.

He said the Pak-US bilateral trade in 2018 was reportedly $6.6 billion, which could improve significantly if strong linkages between the private sectors of both countries are developed.

He said Pakistan’s major exports to the US comprised of textile goods, which were only about 3pc of the latter’s total textile imports.

“There is a need to persuade the US to enhance its import of textile products from Pakistan that would contribute towards improving the local foreign exchange reserves, reducing the balance of payment issues and strengthening the economy,” he added.

It is pertinent to mention that Prime Minister Imran Khan on Saturday departed for his 3-day visit to the United States on a commercial Qatar Airways flight.

He will arrive in Washington on Saturday afternoon (local time) and stay at the ambassador’s residence in the city’s diplomatic enclave.

On Sunday, Prime Minister Imran would meet International Monetary Fund chief David Lipton and his delegation and will later have a similar meeting with the World Bank president. Later in the evening, he will attend a community event at Washington’s Capital One Arena.

His other engagements include a meeting of Pakistani-Americans investors, media interviews, addressing the US-Pakistani Business Council and a dinner meeting with selected leaders of America’s corporate sector.