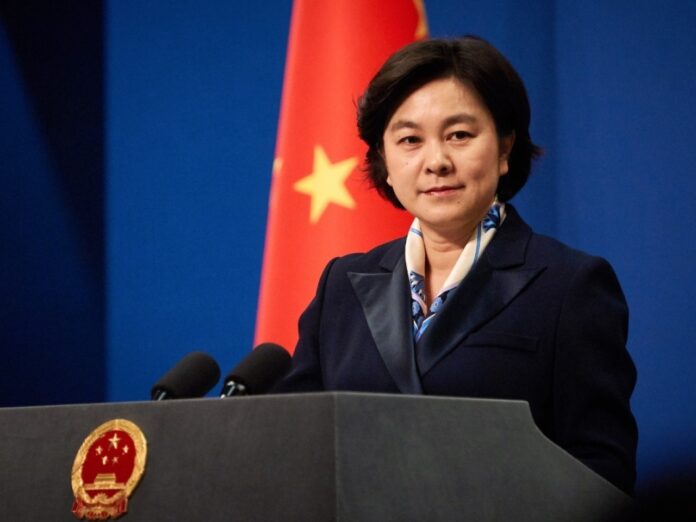 BEIJING: China on Tuesday called US sanctions against Chinese companies “illegal”, a day after US Secretary of State Mike Pompeo announced he was putting a leading oil importer on a blacklist.

Pompeo said Monday that the US was imposing sanctions on Zhuhai Zhenrong and its chief executive Li Youmin as part of a “maximum pressure campaign” for trading in Iranian crude oil.

“They violated US law by accepting crude oil,” he said.

But Beijing said Tuesday it has “consistently and resolutely opposed unilateral sanctions imposed by the United States,” slamming the sanctions as “illegal”.

“The Chinese side has expressed firm opposition and strong condemnation of the relevant US authorities that have sanctioned Chinese enterprises,” said foreign ministry spokeswoman Hua Chunying at a regular press briefing.

“The Chinese side has repeatedly stressed that energy cooperation between Iran and the international community, which includes China, falls within the framework of international law and is reasonable and legitimate, and must be respected and protected.”

Pompeo’s announcement over the sanctions was the latest move by Washington to ratchet up economic pressure on Tehran over its alleged military activities in the Middle East and its nuclear programme by taking aim at business partners.

But Hua said the US was disregarding “the legitimate rights and interests of all parties”.

Between them, Zhuhai Zhenrong and Chinese state refiner Sinopec are responsible for nearly all the Iranian crude that China imports.

“We strongly urge the US to immediately correct wrong practices and stop illegal sanctions against Chinese companies and individuals,” said Hua.

“China will take all necessary measures to firmly safeguard the legitimate rights and interests of its enterprises and individuals.”