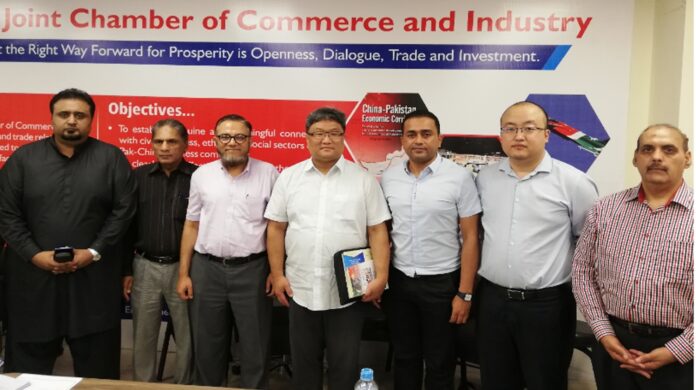 LAHORE: Tax is a basic instrument of the fiscal policy, which is useless if it does not play a significant role in maintaining the flow of wealth in the country, said eminent lawyer and former FBR commissioner Jahangir Ahmad while addressing a capacity building seminar at the Pakistan-China Joint Chamber of Commerce and Industry (PCJCCI) on Friday.

The theme of the seminar was “Current changes in tax laws; Compliance and Enforcement Challenges”.

In his keynote address, Jahangir Ahmad said sovereignty should be the objective of the state, as, without it, taxes cannot be implemented”.

Commenting on the current changes in the taxation system, Jahangir said the taxes on import will open new spheres for local manufacturers, as an increase in demand will force them to make products, which will help the government generate revenue.

He assured of Chinese Diplomatic offices’ complete support to the PCJCCI’s initiatives that were aimed at strengthening the trade, investment and cultural ties between Pakistan and China.

PCJCCI Senior Vice President Ahmed Hasnain said the chamber was focused on building the capacity of local entrepreneurs as per needs of the ever-changing market trends.

PCJCCI General Secretary Salahuddin Hanif said that PCJCCI was endeavouring to build a better and prosperous future for Pakistan with the cooperation of China. “We are trying to encourage and train the young entrepreneurs of Pakistan by sharing experiences and success stories of the successful people of Pakistan and China.”