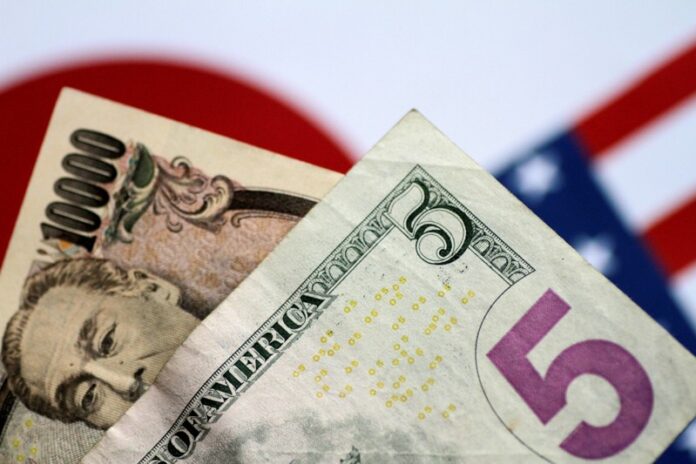 NEW YORK: The Japanese yen jumped to a session high against the dollar on Wednesday after the US Treasury bond yield curve inverted for the first time since 2007 and investors, gripped by fear of a looming global recession, fled to the safety of perceived safe-haven assets.

An inversion of the yield curve – when the spread between 2- and 10-year Treasury yields US2US10=TWEB falls below zero – is an indicator of coming recession. The chill the inverted curve sent through global markets was compounded by weak data from China and Germany and waning optimism about progress reported in US-China trade talks on Tuesday.

The yen JPY=, already stronger on the day, was boosted by the inversion and was trading up 0.73pc at 105.94, though still off a 1-1/2-year high -excepting a flash crash in January – hit Monday.

“There is plenty of doom and gloom to spread across the globe,” said John Doyle, vice president for dealing and trading at Tempus Inc in Washington. The US yield curve “is a major recession indicator. Germany, Italy and the UK are likely headed for a recession. Today’s Chinese data was shockingly bad.”

Data on Wednesday showed the Chinese economy has continued to weaken. Industrial output rose in July at the slowest pace in more than 17 years. Elsewhere, slumping exports sent Germany’s economy into reverse in the second quarter.

On Tuesday, the dollar gained dramatically against the yen after US President Donald Trump backed off his Sept 1 deadline for imposing 10pc tariffs on remaining Chinese imports, delaying duties on cellphones, laptops and other consumer goods. The announcement came after renewed trade discussions between US and Chinese officials.

Those gains were reversed overnight, however, as skepticism about the progress began to weigh.

“I thought yesterday’s risk-on move was going to be short-lived, which looks to be right,” said Doyle. “Reopening talks with China is a good step, but there has not been any real progress in months, so I think markets are starting to discount efforts by the US or China to de-escalate because recent history has shown that little comes from it.”

The dollar index .DXY, a measure of the dollar against a basket of currencies, was 0.15pc higher in midmorning trade at 97.959. While an inverted yield curve may have raised fears about the US economy, fundamentals in other G10 countries look worse, boosting the dollar’s appeal.

China’s offshore yuan CNH= gave up some of its earlier gains on Wednesday as the weaker-than-expected economic data tempered optimism generated by the US decision to delay tariffs.