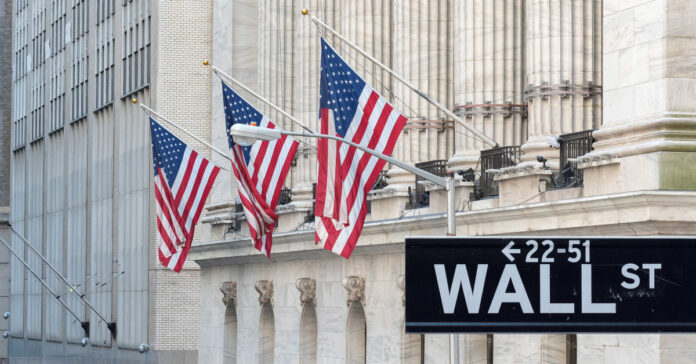 US stocks rose in choppy trading on Thursday, as strong July retail sales data and Walmart’s upbeat results eased some fears about the economy slipping into recession, but a slump in shares of network gear maker Cisco limited gains.

Cisco Systems Inc dropped 6.2pc and was the biggest drag on all three major indexes, after the Dow component blamed the bruising US-China trade war for poor quarterly forecasts.

The bounce on Wall Street comes a day after the blue-chip Dow index posted its worst day this year, as recession fears gripped the market following the inversion of the US Treasury yield curve for the first time in 12 years.

“It doesn’t matter where we are right now. The number of variables affecting this market are increasing,” said Andre Bakhos, managing director at New Vines Capital LLC in Bernardsville, New Jersey

The Commerce Department said retail sales rose 0.7pc in July, well above expectations of a 0.3pc rise, as consumers bought a range of goods even as they cut back on motor vehicle purchases.

“The July number shows that the weakest economic data that people keep pointing out to for a global slowdown is coming from outside the US not inside the US,” said Randy Frederick, vice president of trading and derivatives for Charles Schwab in Austin.

Walmart Inc shares rose 5.3pc after the retailer reported second-quarter US comparable sales that beat estimates and boosted its earnings forecast for the year.

The company’s strong report lifted the consumer staples sector up 0.98pc, the most among the S&P sectors.

Keeping investors on edge were mixed reports on trade.

China’s finance ministry said it would retaliate to the latest US tariffs. However, a spokeswoman for the ministry later said, “We hope the US will meet China halfway, and implement the consensus of the two heads of the two countries in Osaka.”

Trade worries have plagued financial markets for at least a year, fuelling fears of recession and prompting traders to raise their bets on three rate cuts this year, including one in September.

The benchmark S&P 500 is now about 6pc away from its all-time high hit in July.

Industrial stocks were the biggest drag on Wall Street, pressured by a 7.8pc fall in shares of General Electric after a whistleblower in the Bernard Madoff Ponzi scheme case alleged that company financial filings masked the depths of its problems.