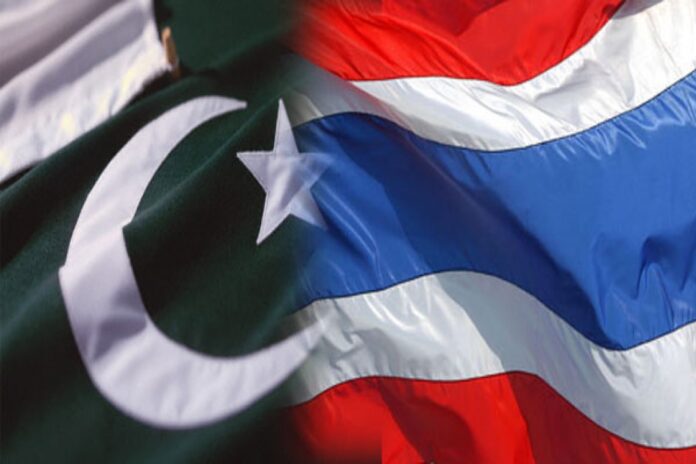 KARACHI: Consul General (CG) of Royal Thai Consulate in Karachi Thatree Chauvachata has that his country is keen to increase the volume of imports from Pakistan.

In an informal interaction with media at his residence late Sunday, he said that the two-way trade between Pakistan and Thailand during 2018 was approximately $1.674 billion, which was overwhelmingly in Bangkok’s favour.

He invited the Pakistani businessmen to explore new avenues and markets in Thailand so that Pakistani exports could be increased and the balance of trade between the two countries could be improved.

Chauvachata informed that an investment delegation from Thailand had recently visited Pakistan where the Thai traders held productive discussions with the Pakistani businessmen in Islamabad, Lahore, Faisalabad and Karachi.

He said that Thailand is among the biggest buyers of Pakistani seafood and vegetables, adding that Karachi and Balochistan could benefit from Thailand’s expertise in building modern cold storage facilities.

He further informed that the Trade Development Authority of Pakistan is soon sending a delegation, comprising fisheries sector experts, to Thailand to benefit from Thai expertise.

The Thai consul general said that the Free Trade Agreement between Pakistan and Thailand is almost final and hoped that it will be signed soon. He added that his country has offered 200 items to be included in the FTA.

Chauvachata stressed the need to increase people-to-people interaction so that cultural ties could be built between the two countries.

The consul general acknowledged the fact that almost a million Pakistanis visit Thailand every year for holidays.

It is pertinent to mention that the Pakistan Tehreek-e-Insaf, during its first of year in power, focused mainly on controlling the country’s import bill, which had swelled to exorbitant levels.

Owing to measures like imposition of regulatory duties on imports and various incentives to the exports, the current account deficit (CAD) of the country shrank by a massive 73 per cent in the first month of fiscal year 2019-20.