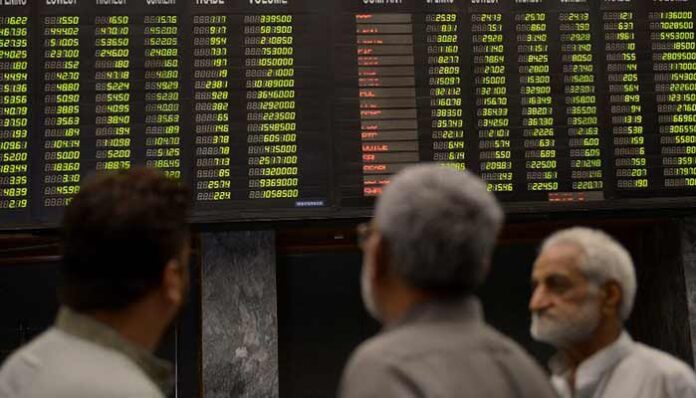 Bears dominated the Pakistan Stock Exchange (PSX) in the outgoing week, as the benchmark KSE-100 Index lost 1,677 points or 5.4pc to settle at 29,672 points.

During the outgoing week, investors lost Rs258 billion, whereas foreign investors bought a total of $970,000 worth of shares.

According to economists, the recent tensions between Pakistan and India over Kashmir dispute had pushed investors to adopt a cautious behaviour. They cited overall economic slowdown, a record budget deficit and the government’s decision to privatise companies as some of the factors that pulled the stock market down.

Meanwhile, the price of 24-karat gold in the outgoing week moved up by Rs2,400 per tola and was traded around Rs89,500 per tola on Friday, a private media house reported. It had hit an all-time high of Rs90,000 per tola on Wednesday.

On the other hand, the Pakistani Rupee has appreciated by 66 paisa against the US dollar in the outgoing week and closed at Rs156.86 in the interbank market on Friday.

In the last two months, the local currency has recovered Rs7.39 against the greenback in the interbank market.

Pakistan had witnessed a higher inflow of remittances from overseas Pakistanis in the first month of the current fiscal year (July-FY20).

Currency traders are of the view that the increasing inflows of remittance have supported the value of local rupee in the market.

In the earlier weeks, the rupee depreciated massively against the greenback, which in turn had resulted in increased prices of goods and hardships for the general public.

The SBP had let the rupee depreciate significantly in the interbank market after finalising an agreement with the International Monetary Fund (IMF) for a loan programme on May 12.

The IMF had asked Pakistan to end state control of the rupee and let the currency move freely to find its equilibrium against the US dollar.