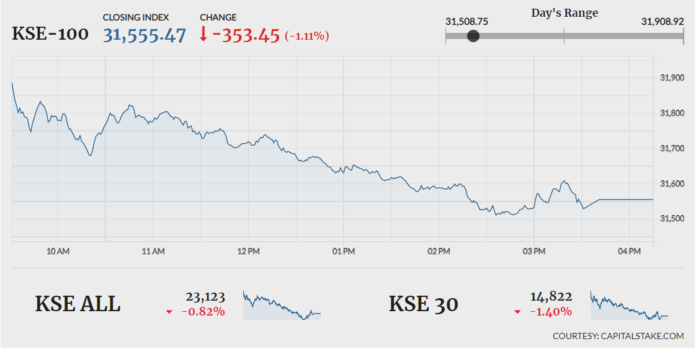 KARACHI: The Pakistan Stock Exchange retraced its footsteps following a weak finish to the previous session and traded lower throughout Wednesday. The foreign investors settled as net buyers on Tuesday with a net inflow of $1.62 million.

According to a notification sent by the exchange, a recomposition of the KSE-100 Index has been carried out which would be effective from October 1, 2019. The companies which would be included in the index are Indus Dyeing Manufacturing Company Limited (IDYM +5.62pc), JDW Sugar Mills Limited (JDWS 0.00pc), Feroze 1888 Mills Limited (FML -0.01pc) and Azgard Nine Limited (ANL +0.38pc).

The Oil and Gas Development Company Limited (OGDC -1.24pc) announced its financial performance for FY19. The company also declared a final cash dividend of Rs2.50 in addition to Rs8.50 already paid. Sales increased by 27.34pc YoY, while earnings per share improved from Rs18.31 in FY18 to Rs27.53 in FY19.