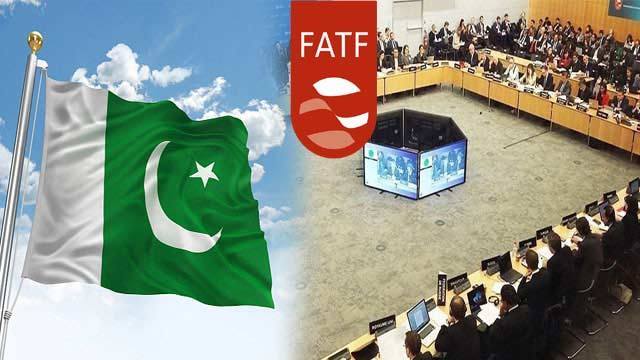 ISLAMABAD: As the Financial Action Task Force (FATF) has directed Islamabad to take more measures for the complete elimination of terror financing and money laundering, economists in Pakistan believe that the government would need to bold key political and administrative decisions to come out of the FATF grey list.

FATF on Friday formally announced that Pakistan will remain on its grey list till February 2020.

“It seems the incumbent government has not taken the (FATF) matter seriously,” a renowned economist and a former government official said, adding that the government should now take some political and administrative decisions to avoid difficulties at FATF in February 2022.

“I cannot understand the support extended by the US in the FATF issue. The US support, as expected, was apparently not there for Pakistan. Otherwise, Pakistan would have come out of the grey list,” he remarked.

“Majority of remaining tasks are political in nature. The positive aspect is that both civil and military leaderships are on the same page on the FATF issue,” he said. “I hope Pakistan will meet the tasks within the given timeframe. But my apprehension is that the some influential countries like India will force FATF to keep Pakistan under pressure,” he added.

Another economist, on the condition of anonymity, blamed the present government for the “FATF debacle”.

He said the government’s “incompetence” and “lack of seriousness” would build pressure on Pakistan in the next four months.

“If you are not serious, then China, Turkey or Malaysia cannot do anything for you at FATF,” he maintained.

However, a former financial official lauded the fact that Pakistan did not fall in the blacklist, but termed the role played by US as “suspicious”.

“Instead of helping Pakistan come out of the list, Assistant Secretary of State for South and Central Asian Affairs Alice G Wells had given a negative statement against Pakistan at the beginning of the FTAF meeting.

“Pakistan needed to fight both on political and diplomatic fronts so as to meet with the remaining conditions of FTAF,” he added.